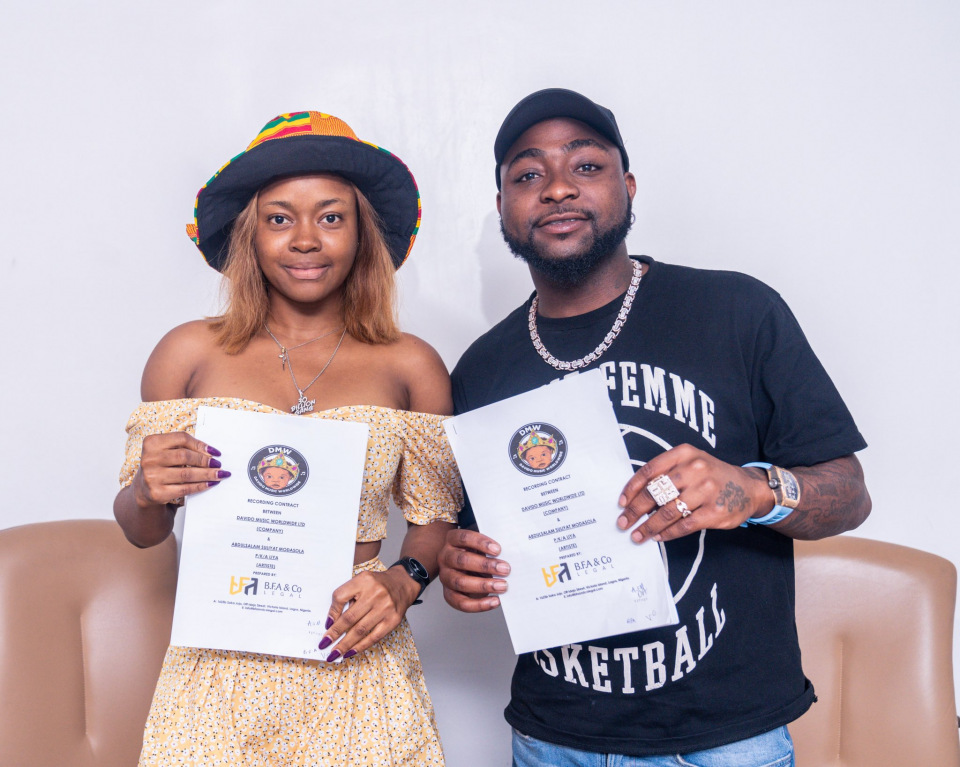 Welcoming Liya to his record label, Davido promised that he will make her a global star. 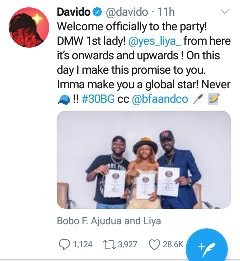 "Welcome officially to the party! DMW 1st lady! @yes_liya_ from here it’s onwards and upwards ! On this day I make this promise to you. Imma make you a global star! Never !! #30BG cc @bfaandco," he captioned a photo of the new artist and him holding signed contacts.

Liya also took to her social media pages to confirm her deal with DMW.

In a post on her official Twitter handle, she said signing for DMW was a dream come true and pledged to make Davido proud.

"My dreams are coming true, here & now @davido I will make you so proud, I appreciate U frm my soul ! I want this more than anything, thank you @freshie_vanz for believing in me, it means so much that I have a manager as passionate as U. As for me, it’s official I AM #30BG," Liya tweeted. 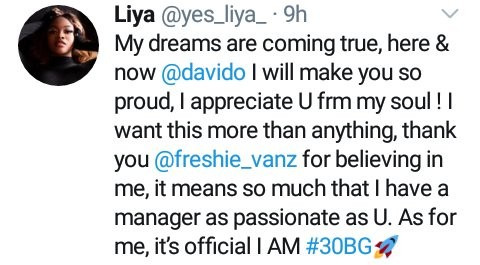 She now becomes the latest addition to the talent-packed DMW that has popular names among them Mayorkun, Dremo, Yonda and Peruzzi as well as youngsters Ayanfe, Deinde and King Ajaa.

Liya has been described as a talented soprano. She recently released an Afro-pop single titled 'Be My Vibe.'