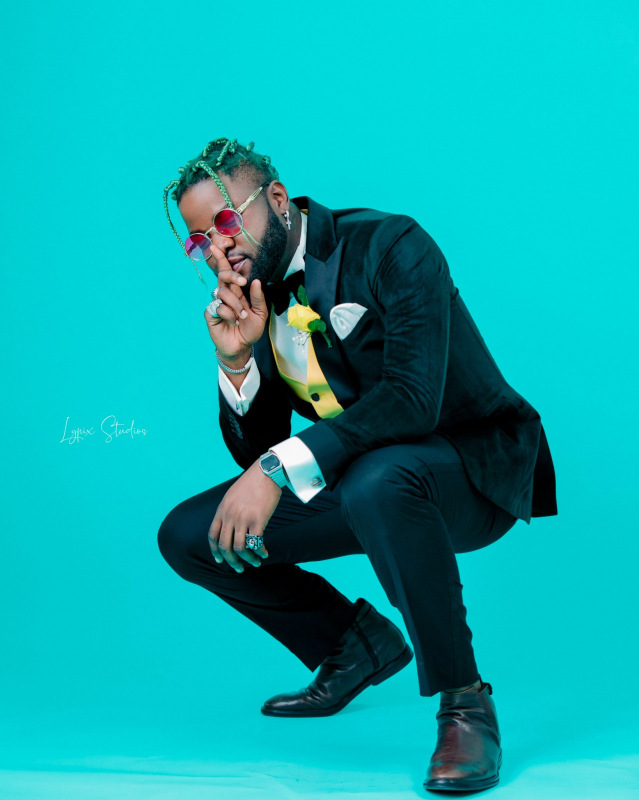 Nigerian rapper, singer, and songwriter Skales is now one step away from getting a Grammy nomination.

This is after his most recent project dubbed the 'Healing Process' EP was ticked for a Recording Academy consideration.

Should the 7-track EP released in June be voted for by the Recording Academy members, it will then earn a nomination for Best World Music Album at this year's Grammy Awatds - the 63rd edition.

Tweeting about the new development, Skales said: "Heading for a Grammy, one step closer. The #HealingProcessEP has been ticked for a @RecordingAcad consideration. To the voting members, let's get." 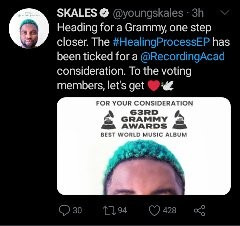 Others are 'Selecta' - a pop song, 'Loko' and 'A'Lagos' which features Ice Prince and MC Makopolo.

Prior to official release of the 'Healing Process' Skales had described the EP as "an oral hike through years of stardom-induced anxiety, heart ache and search for peace."

GRAMMY is the music industry’s highest honor. Before one's project is nominated, it goes through various stages which include online entry, voting on submitted entries, announcement of nominees, public voting and finally announcement of winners.

The 63rd Annual GRAMMY Awards Telecast is scheduled for January 2021.