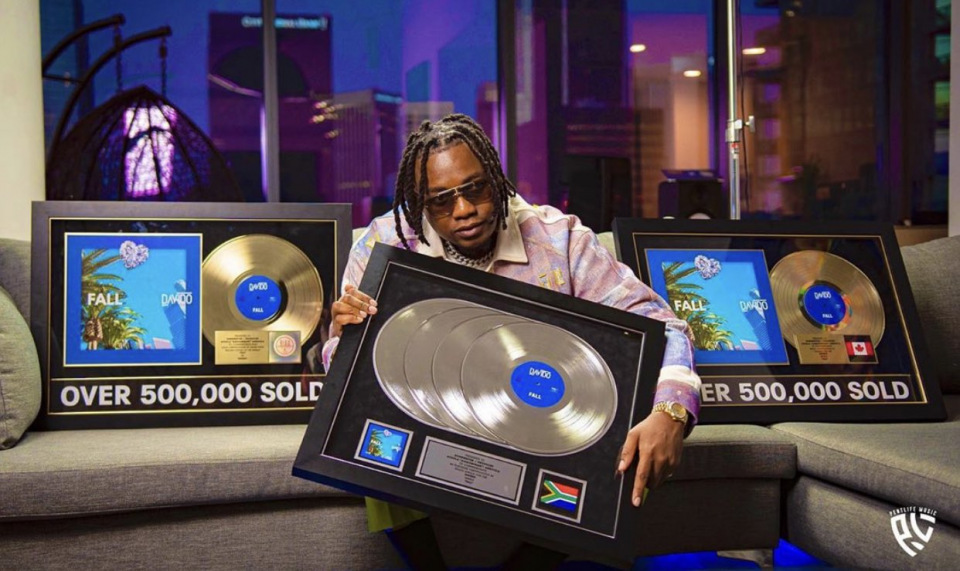 This follows a recent development in which his produced hit single 'Fall' by Davido was certified Gold by The Recording Industry Association of America (RIAA) - making him the first African music producer to be Gold-certified by both the RIAA and Music Canada.

'Fall' had been certified Gold in Canada earlier this year.

Kiddominant who has also produced several songs for American singer Chris Brown and Davido's D&G featuring Summer Walker recently received his Gold plague from RIAA after the song sold over 500,000 units in the US.

In a tweet, Sony Music confirmed that 'Fall' had officially been certified Gold in the US apart from becoming the longest-charting Nigerian pop song in Billboard history.

"Big ups to @kiddominant, as Davido’s “Fall” becomes certified by the @RIAA, & crosses over as the longest-charting Nigerian pop song in Billboard history," read the tweet. 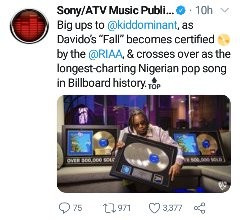 'Fall' is a song off Davido's 2019-released second studio album 'A Good Time'.

According to Rolling Stone magazine, 'Fall' was one of the top-100-most-Shazam-searched singles in America in January 2019, and was a top-10 record on Shazam in New York.

As of March 2020, 'Fall' had received over 40 million streams on Spotify and currently has over 183 million views on YouTube.