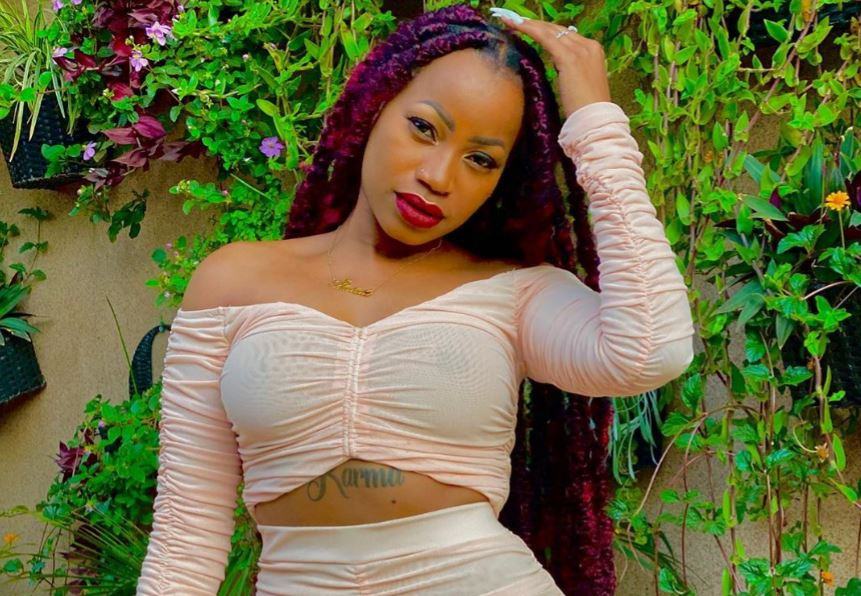 Celebrated dancehall musician Sheebah Karungi has hit a new career milestone becoming the first Ugandan to be nominated for an award in the prestigious MTV Europe Music Awards 2020 edition.

Celebrating the nomination on her Instagram page, Sheebah requested her fans to vote and help her bring the award home.

"I am so happy to announce that I have been nominated for the MTV EMA Awards 2020. This means the world to me. Thank you @mtvbaseeast @mtvema For Nominating me. Sheebaholics do me a favor & vote for me at the link," she said. 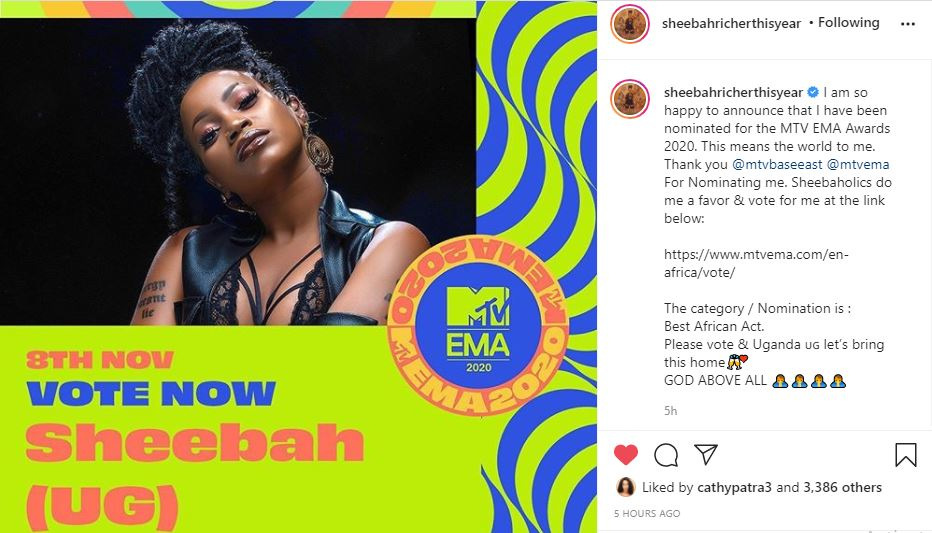 In an interview with NBS, Sheebah said she never applied for nomination, adding that the organizers must have been impressed by her work.

"This is a dream come true. You know where I come from and look where I am right now," Sheebah said.

The MTV EMA is a yearly music awards show that features world-class performances from some of the biggest music acts in the World.

The Europe Music Awards are held every year in a different country although it has been hosted mostly in the United Kingdom.