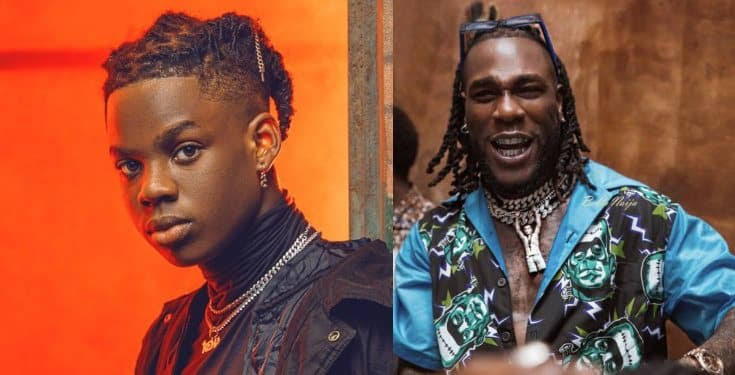 Two Nigerian artists - Burna Boy and Rema have been nominated for the Best African Act category in this year's MTV Europe Music Award.

In the nominees announced on Tuesday, Burna Boy who won the award last year will be up against fellow countryman Rema as well as four other top African artists.

Other African artists that will be battling for the award include South Africa's Master KG, Gas Mawete of Democratic Republic of Congo (DRC), Kababa De Small and DJ Maphorisa from South Africa as we as Uganda's Sheeba.

Reacting to the nomination, Rema exuded confidence that he will be scooping the award. 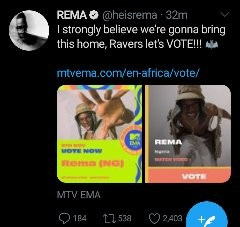 Rema has released several hit singles this year with 'Beamer' featuring Rvssian being the most popular so far.

The 'Beamer' video has been watched over 11 million times on YouTube.

With his 'Twice As Tall' album doing well, Burna Boy remains among the favorite to win the award alongside Master KG whose single 'Jerusalema' has been a global hit.

Winners for the 27th edition of the awards will be announced on November 8 in an event that will be aired globally via MTV.