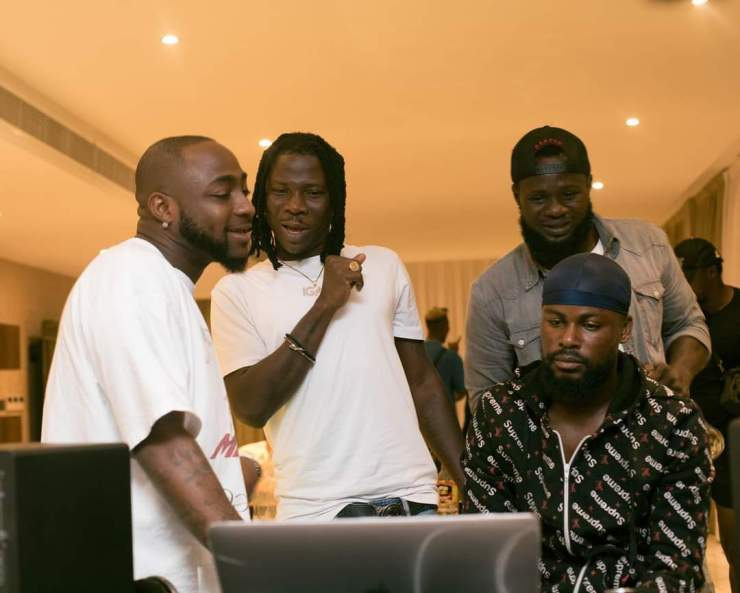 BHIM national president Stoneybwoy is set to release a song with a famous Nigerian artiste David Adedeji Adeleke popularly known by his stage name as Davido.

According to Davido’s tweet few days ago, where he said that he was going to spend the weekend in Ghana, people did not know what the nature of his visit was. Nonetheless, “The Blow My Mind” hitmaker gave a clear hint when he started to chant “BHIM BHIM BHIM” on his flight.

After taking a voluntary break from April, Davido came back with “FEM”; a single that he released on10th September 2020, and he is already in Ghana trying to further revamp his music career by working on a collaborative project with Ghana’s most celebrated Reggae & Dancehall artiste, Stonebwoy.

On the night of Davido’s arrivals, the two long term friends and music masters’ made music magic within a few minutes while in the studios after both of them rode on a potential afrobeat jam, that was produced by Master Garzy.

The two brought together their talents and skills in the studio to record and play a song that made the two music gurus happy as seen on the photos and videos that were posted on social media. One of the videos posted on Davido’s instagram story had Stonebwoy together with the DMW boss and his BHIM crew dancing their hearts out, as they listened to the new track.

As the collaborative projects between Davido and Stonebwoy goes on, the two talents are working tirelessly on shooting the official video of the highly anticipated track. Ghanaians, Nigerians and many people around the world are eagerly waiting for the new track to be dropped.