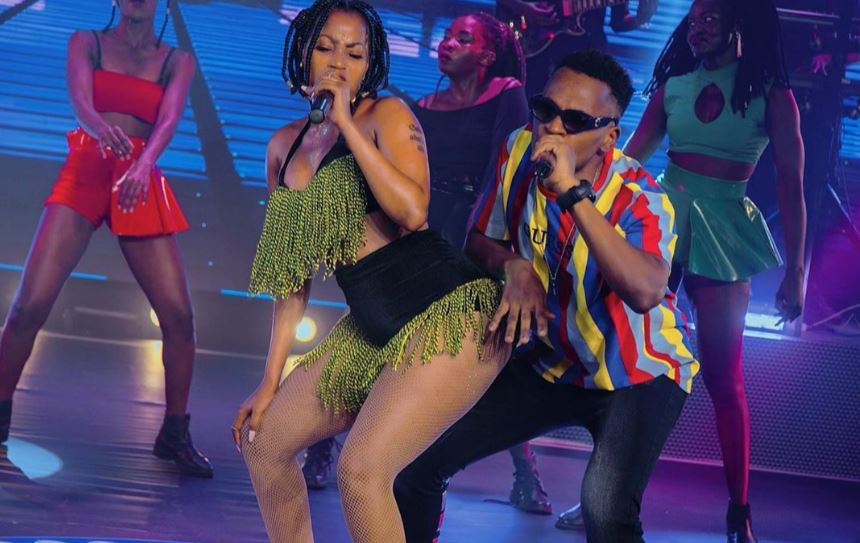 Self-styled Ugandan King of the Mic Crysto Panda early this year dropped the original version of 'Kyoyina Omanya' sending people into a frenzy.

Following the success of the single, Team No Sleep Queen Sheebah Karungi jumped on the remix making it more popular on the charts.

The pair dropped the video in June and it is back in the news after surpassing the one million views milestone on video sharing site, YouTube.

Crysto Panda shared the good news on social media thanking his fans for the support. 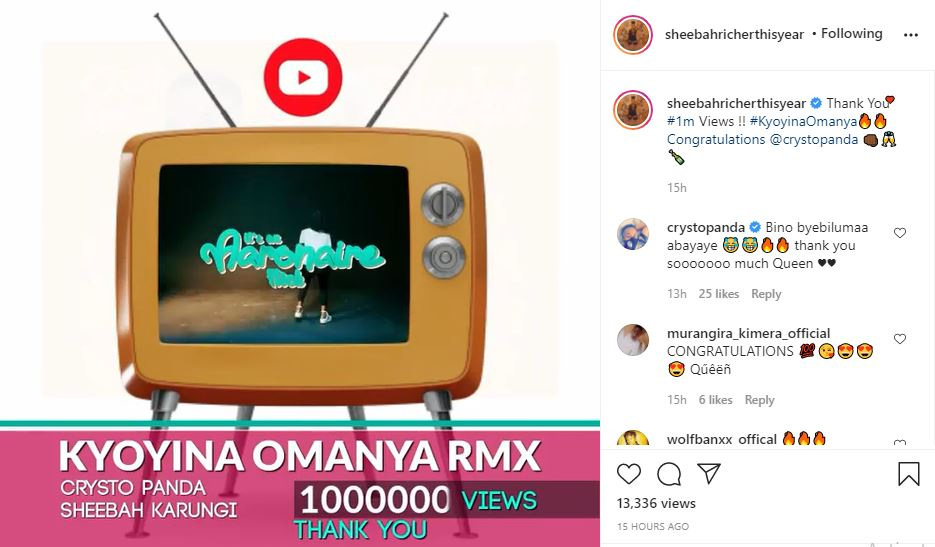 The audio was produced byArtin Pro and the video shot and directed by 'Aaronaire on Set'.

Although the visuals were shot in a confined space, the pair tried to spice it up with lit dance choreographies from H2C Dance Company and Smash Dance Crew.

Sheebah Karungi, on the other hand does not disappoint as she shakes her curvy body, also exposing her behind in a see through skirt.