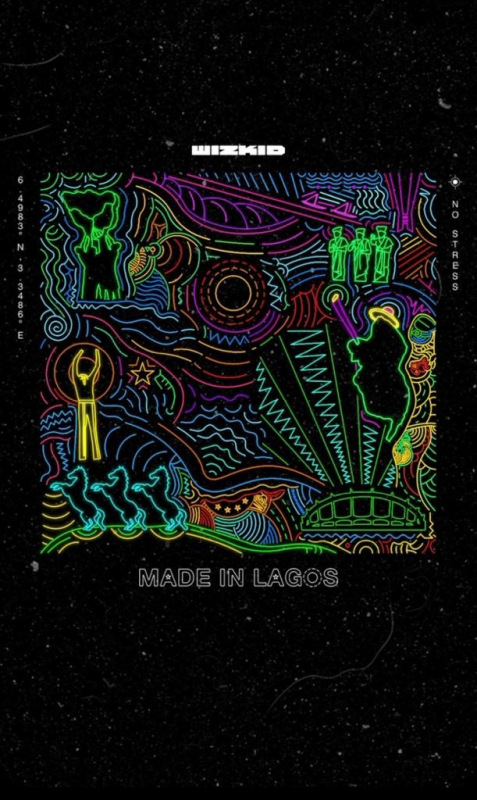 Photo: Album cover for Wizkid's 'Made In Lagos'. (Source: Wizkid/Twitter)

2020 has been a busy year for the Nigerian music industry.

Despite Coronavirus pandemic disruption, we have witnessed several projects dropped from Burna Boy's 'Twice As Tall', Tiwa Savage's 'Celia' to Patoranking's 'The Three' and Fireboy DML's 'Apollo' among others.

With three months to the end of the year, there are several projects that Naija music lovers are looking out for:

'Made In Lagos' from Wizkid

After a long wait, Wizkid finally announced that he would be dropping the 'Made In Lagos' album on October 15.

Being a top artist in Nigeria and globally, this 14-track project is worth anticipating for.

Wizkid has already dropped two singles off the 'Made In Lagos' album - 'No Stress' and 'Smile' featuring Grammy winner H.E.R.

'Off The Record' from Reekado Banks

It has been a while since Reekado Banks dropped a project, but that will definitely change before the end of the year.

Initially, Reekado Banks had been scheduled to drop an album but recently said because of the ongoing pandemic, he will release an EP titled 'Off The Record' that will contain 5 best songs picked from the album he was working on.

Already a first single off the EP has been released in which Reekado Banks features UK based Nigerian Afropop singer Kida Kudz and English rapper EO Crossover.

When Joeboy released the hit single 'Call' in April 2020, his record label emPawa Africa left a note indicating that it was off his upcoming debut album.

Months later, details about the album remains scanty but there are indications that the fast-rising singer is up to something.

Joeboy recently announced that he will be dropping a new song on October 9, with emPawa Africa saying the singer's year is getting started.

'A Better Time' from Davido

The American-born Nigerian superstar was expected to release the album in July but has since rescheduled the release date.

With DMW singer Peruzzi soon dropping his 'Rum and Boogie' album, 'A Better Time' that will see Davido feature rapper Nick Minaj, Mugeez from Ghana and Tiwa Savage as well as Mayorkun, is just around the corner.

Rated among the best female singers in Africa, Yemi Alade has been said to be working in her fifth studio album expected before the end of the year.

Already the 'Shekere' hit maker who released her fourth studio album 'Woman Of Steel' in 2019 has dropped two singles off the upcoming untitled album - 'Boyz' and 'True Love'.