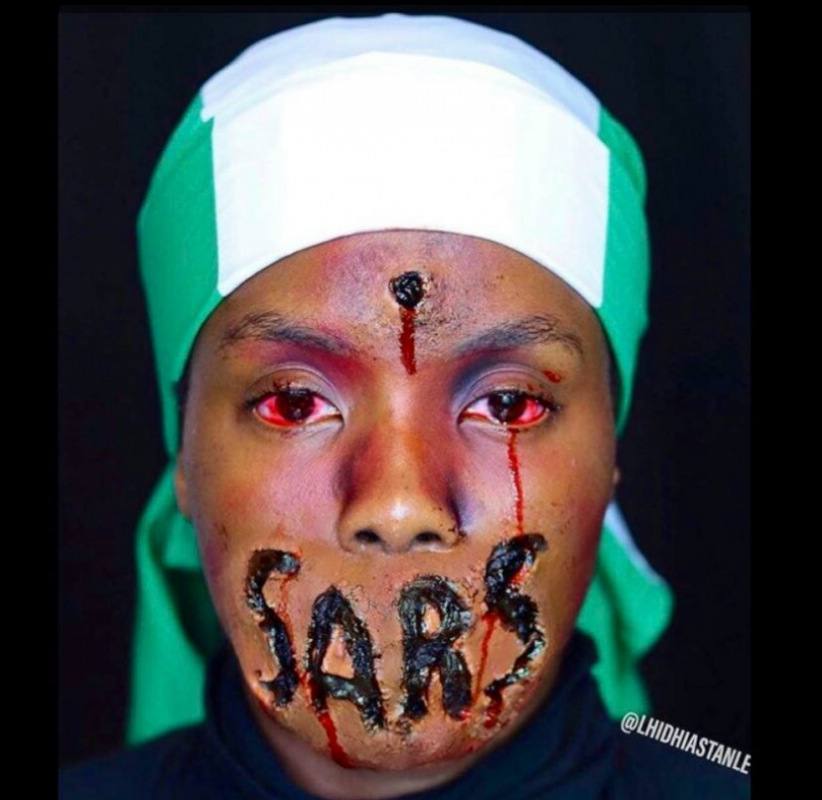 For over two days now, the hashtag #EndSARS has been trending on Twitter in Nigeria - triggered by an aledged killing of a young man by officers from the Special Anti Robbery Squad (SARS).

Many Nigerians have taken it to Twitter to use the hashtag to speak against the unit and the alleged harrasments and shootings targeted at the members of the public.

Under #EndSARS, the citizens have been demanding for the disbandment of the unit.

Several top Nigerian artists joined the bandwagon and also used the hashtag to hit out at the unit, even as they also called for its disbandment.

Among some of the artists who expressed their views using the hashtag include Davido, Yemi Alade, Burna Boy, Naira Marley, Rema, Wizkid, Zlatan Ibile, L.A.X and Banky W.

In a tweet, L.A.X said it was time all Nigerians spoke out against the unit.

"SARS has been killing our people, we can’t close our eyes to the dangers happening everyday . You can decide to keep quiet today , but it could be you tomorrow! Whatever it takes we have to do to end this menace #Dontkeepquiet #Endsars," he posted.

Runtown on his part said he would be leading a demonstration against Sars and demand fir government to act against the unit. 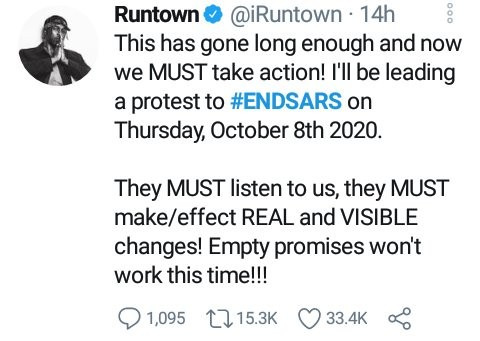 "This has gone long enough and now we MUST take action! I'll be leading a protest to #ENDSARS on Thursday, October 8th 2020.

They MUST listen to us, they MUST make/effect REAL and VISIBLE changes! Empty promises won't work this time!!!," Runtown tweeted.

Yemi Alade in her tweet lamented how the roque police unit was killing innocent youths on a daily basis.

"I know you see these tweets .... you can monitor bigbrother from Government House..... oya #EndSARS now, innocent Nigerian Youths are being killed everyday," she tweeted.

Davido on his part called for all Nigerians to come together, as that was the only way their voice of ending SARS will be heard. 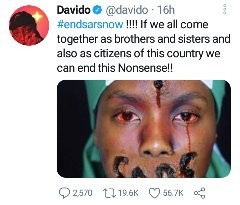 "#endsarsnow !!!! If we all come together as brothers and sisters and also as citizens of this country we can end this Nonsense!!," he posted.

Following the trending subject, Nigeria's inspector general of police Mohammed Adamu announced that he had banned the notorious unit from carrying out stop and search duties and setting up roadblocks.

Adamu also directed that members of the SARS must always wear uniforms.