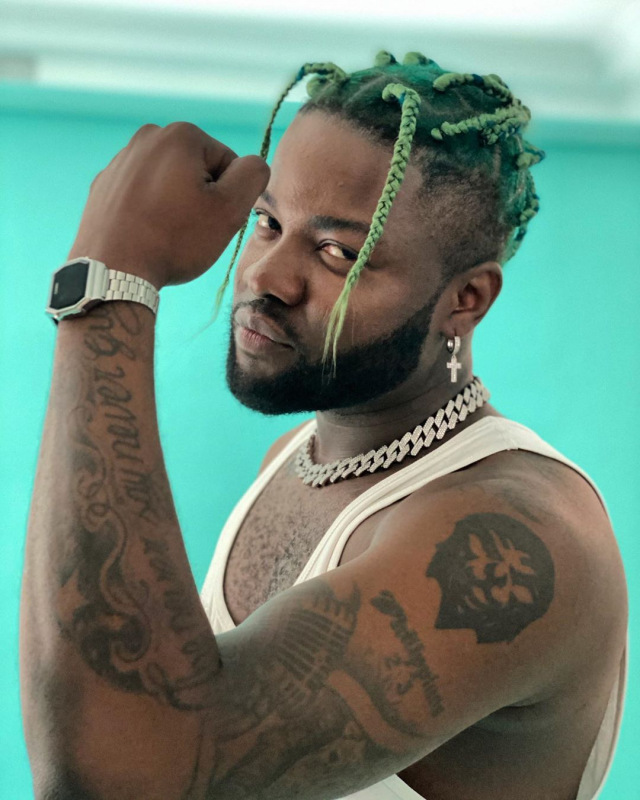 Raoul John Njeng-Njeng, better known by his stage name Skales made a hit collaboration with record producer Tekno in his song "Badman Love", and now the video has been released.
Revealing how the remix came together, Skales said, “Someone sent me a video of Tekno singing Badman Love. Apparently, he’s a huge fan of the song (it is possible that Tekno loves the song more than me). So I asked for a remix and he agreed.”
The Nigerian rapper, singer, and songwriter Skales released his EP - Healing Process, which has been described as an oral hike through years of ache, stardom-induced anxiety, overwhelming awareness, and search for peace, and in it are 7 tracks which include ‘God Is Good, Selecta, Badman Love, Done To Me, On Your Side, Skales Ft Walshy Fire – Loko, and Skales Ft Ice Prince & Mc Makopolo – A’Lagos. 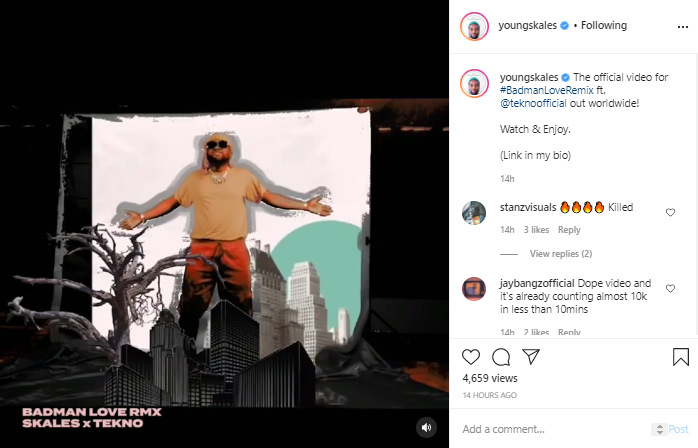 Taking to his Instagram page, Skales announced the official release of the video while nudging his fans to go download tith thrillers of the same. He said in one post, "The official video for #BadmanLoveRemix ft. @teknoofficial out worldwide!"

Earlier in July, Skales who is famed for the song Fire Waist featuring Harmonize, said that Konde Music Worldwide will be his official management for East Africa and anyone interested in working with him should contact the Harmonize owned record label.