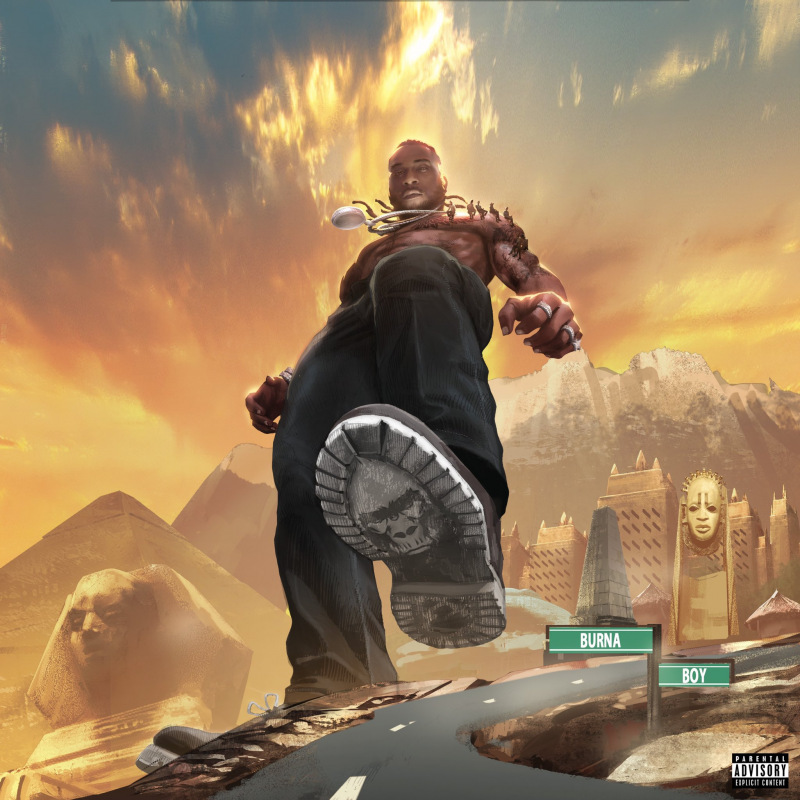 It has been about a month since Nigerian singer Burna Boy dropped his fifth studio album 'Twice As Tall'.

The album has so far, arguably, performed better than the singer's Grammy nominated 'African Giant' that was released in 2019.

Statistics shared by Burna Boy on his official social media pages indicate that the album has so far garnered over 175.3 million streams across all platforms.

A majority of the streams are from Audiomack which accounts for 50 million, Spotify (34.5 million), Apple Music World (31 million) while 25 million streams are on American online-video sharing platform YouTube. 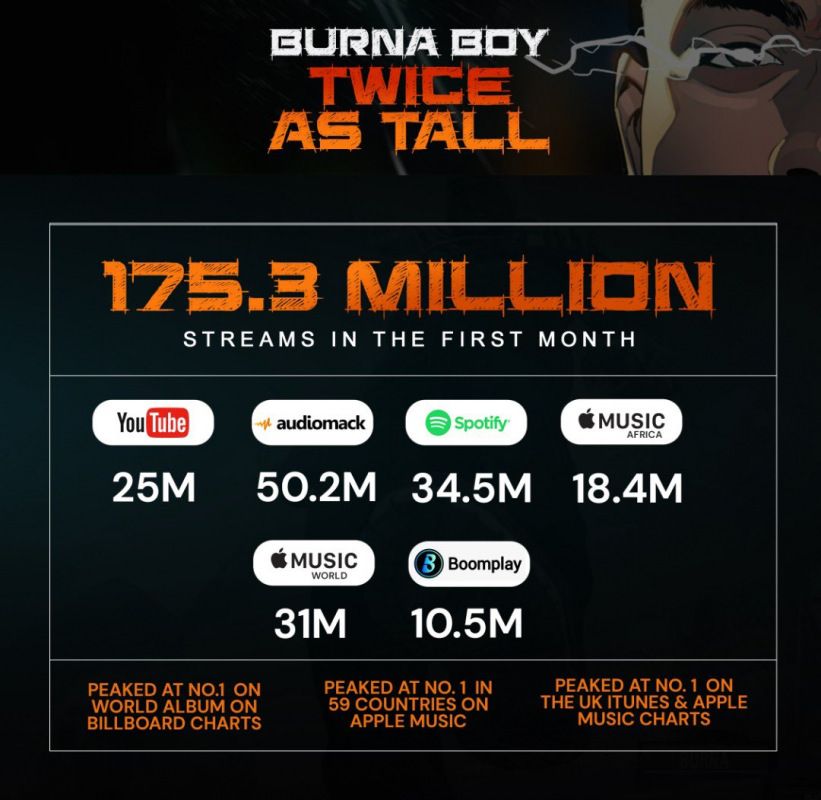 The 'Twice As Tall' album has also been on the Billboard World Album Chart for four straight weeks, peaking at number one. It is currently placed at number 8.

It further debuted on Billboard 200 chart at number 54 surpassing a record set by the previous album 'African Giant' which peaked on the charts at number 104.

The album also peaked at number one in 59 counties on Apple Music and UK iTunes as well as Apple Music charts.

So far,. Burna Boy has released two videos of songs from the album - 'Wonderful' and 'Monsters You Made'.

'Wonderful' video which was released before 'Twice As Tall' album was dropped has garnered over 5 million views on YouTube.

The video was recently nominated for the Video of the Year Award at the 2020 All African Music Awards - AFRIMA.

A second video off the album 'Monsters You Made' featuring Chris Martin was released less than three weeks ago and it has already registered over 6.6 million views.

The video had surpassed 2 million views in about four days of premier.