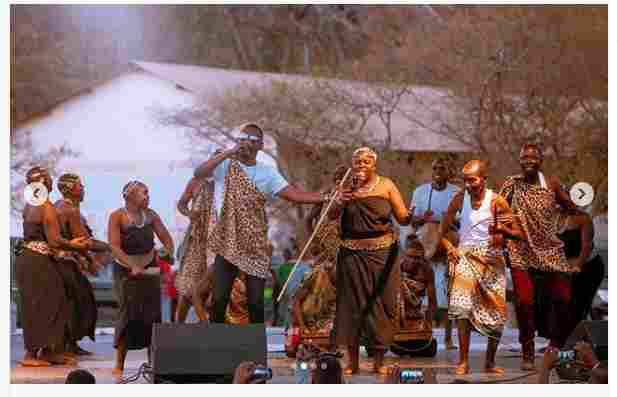 Ben Pol now joins a host of Tanzanian musicians who have been sensitizing the public about the impact of coronavirus and how to stay safe.

In the new release, Ben Pol has moved away from his usual style of slow-paced music and incorporates traditional instruments from the beginning to the end.

Ben Pol known for his commanding vocals adapts a Tanzanian traditional rhythm to deliver his verse while the Nyati Machoyo members take on the chorus.

He sings about the basic practices of keeping the virus at bay thorough washing of hands and observing social distance in public places.

He joins other artistes such as Rayavnny, P Mawenge among others who have been on the forefront in sensitizing the public on dangers of the Corona virus.

The collaboration with Nyati Mchoyo band members is the second in just six months.

The two parties a while back released ‘Dodoma’ that was received well.

The Nyati Mchoyo band is made up of women who deploy traditional music instruments.