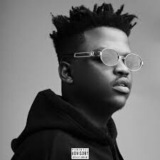 5 373 monthly listeners. Rank: 272 ↘ -47
FOCALISTIC IS AN ELECTIC ARTIST WHO DRAWS INSPIRATION FROM THE LIKES OF HUGH MASIKELA AND KHULI CHINA. HIS MUSIC HAS NO FORMAL CLASSIFICATION AS IT IS VERY VERSATILE BUT HAS BEEN CATEGORIZED BY HIMSELF AS “PINA TSA KO KASI”. THIS IS WHAT HAS MADE THE PITORI MARADONA TAKE THE INDUSTRY BY STORM.
THE 24 YEAR OLD ARTIST WAS BORN AND RAISED IN PRETORIA. HE LATER MOVED TO JOHANNESBURG WHERE HE WAS EXPOSED TO THE RECORDING SPACE. HE IS AN INDEPENDENT ARTIST THAT IS SELF OWNED AND IN THE PROCESS OF BUILDING HIS OWN LEGACY THAT WILL LIVE FOREVER. HE RELEASED HIS FIRST SINGLE WITH MAJOR LEAGUE DJZ TITLED 19 TOBETSA IN 2018. THIS SONG DEBUTED IN THE TOP 10 CHARTS AS WELL AS A LARGE STAY ON THE RADIO WAVES. IN 2019 FOCALISTIC RELEASED TWO EP’s. THE FIRST ONE BEING “18 AREA”, WHICH WAS MORE HIP HOP AND (more)
Promote artist ↑
report
Get Latest DJ Mixes
More Songs

Lethabo Sebetso popularly known as Focalistic is a rapper and entertainer from South Africa. He was born in Ga-Rankuwa, Pretoria in May 1996. He focuses on Hip-hop and Amapiano genres. Before venturing into music, he was a footballer.

How did Focalistic start his music career?

After graduating with a Bachelor's Degree in Political Science from the University of Pretoria, Focalistic decided to venture fully into professional music. He made his debut in 2016 with his major breakthrough coming after he won South Africa’s Artist on Rise competition.
The win made hi popular and helped him create a name in Mzansi. He later released a song dubbed ‘Fak'mali’ which did extremely well across the country. In 2020, he partnered with The Vth Seasons to set up his label dubbed 18 Area Holding.

The first major project released under the label was his Quarantined EP. In APril 2020, he hit a new milestone after releasing ‘Ke Star’ featuring Virgo Deep. The song went viral across Africa and was certified gold.. Thanks to its massive, success, Davido came on board and together they did a remix which also did exceptionally well. The remix was ranked position 16 on Billboard Top Global chart in the U.S.
Towards the end of 2021, Focalistic released an EP dubbed ‘President Ya Straata’. The project featured several top artists including; Kabza De Small, DJ Maphorisa and Mellow & Sleazy. Despite being young in the industry, he has managed to achieve what many artists only dream of as he is not only big in South Africa but also other countres search as; Nigeria, Kenya and Zambia among other countries. The future can only be brighter for him, with Mzansi hoping that he’ll continue blessing them with massive tunes and albums in the coming years.

Which are the top songs by Focalistic?

How many albums and EPs does Focalistic have?

Which awards has Focalistic won?

He has won several awards that include; 2 AFRIMAs and a South African Hip-hop award among others.

How to listen and download Focalistic music on Mdundo.com
His songs are available for free download and streaming on mdundo.com. To listen to his songs, visit mdundo.com and search for Focalistic. A catalog of all his available MP3 hits will then be provided for you to select the songs you want. You can download/listen to hir latest music on Mdundo through your phone, laptop or any other device that can access the internet.

Mdundo offers the latest MP3 songs for free streaming and download. All you need is a feature phone and you can start listening to some of the best songs from your top artists. Additionally, you can also enjoy DJ mixes specially curated to meet your needs.