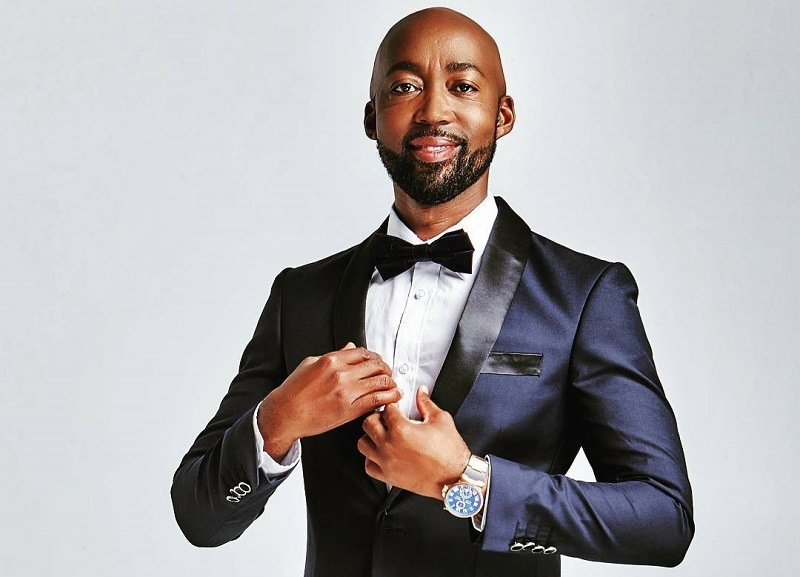 Dingaan Khumalo, a favourite ‘Muvhango’ actor has ventured into the music world with a new Amapiano song ‘Gabadiya’.

The TV presenter is commencing his music career as DSK in the Amapiano genre.

In ‘Gabadiya’, he collaborates with Bhubesi. Dingaan has a history of playing serious parts on television, from his position as James Motsamai on Muvhango to hosting Speak Out and Mamazala, but he is ready for Mzansi to show his funny side.

Speaking to Tshisha Live about his new journey, Digaan said that he has always loved Amapiano because he feels it is a great way to lay back all his stress emanating from his TV shows.

He says Amapiano is a therapy working for him which is why he is channeling his energy to it.

DSK is relishing the fact that Mzansi was unaware of this, but he claims he is not new to the music industry. His musical history stretches all the way back to his youth, when he and his family were members of a chorus.

After meeting Bhubesi, the wheels began to turn. “I met him at Moja Love when I was starting to shoot Mamazala, Bhubesi was doing hip-hop but he's always wanted to do something on the Amapiano side. He said to me he knew I had an ear for music and I can feel good music so he said 'let’s collaborate’,” he says.

“I was like 'dude what am I gonna do in Amapiano. I either sing or present. I can't sing Amapiano.He said you'll do rhymes and verses. I went into the studio and everything was flowing and I thought let me go with it,” he added.

He now hopes that South Africans will support him as he opens a new chapter in his life.