Focalistic Teams up with Davido for New Song ‘Champions Sound’ 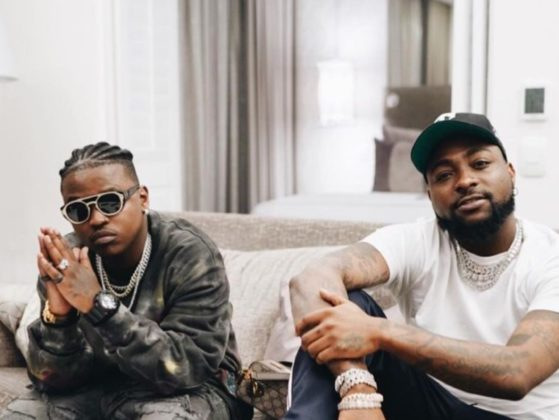 ‘Champion Sound’ is enthralling and gets more impressive with the signatures voices from both artists.

The enchanting beats are courtesy of Caltonic SA and Tee Jay. Before its official release, the song found its way to clubs and partying zones after mysterious leaks.

‘Champion Sound’ is the second project Focalistic and Davido have worked on after ‘KE Star’ remix which was released in February, 2021.

The remix is one of the most successful 2021 releases by Focalistic having been certified platinum by the Recording industry of South Africa.

Surprisingly, Focalistic first met the Nigerian star in May this year at Zone Venue in Pimville, Soweto. Davido was a special guest at the Mzansi star’s birthday.

Moments later, their photo in studio emerged and they announced that were working on a joint project. A teaser was later shared of ‘Champion Sound’ and when the song came out, it was clear that Amapiano is Africa’s next big thing.