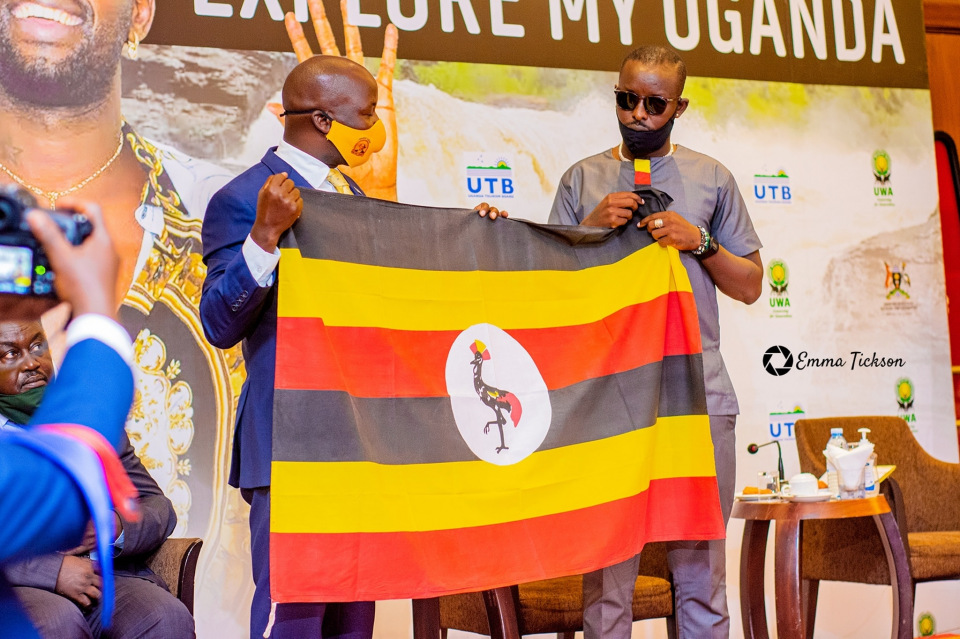 Award winning artiste Eddy Kenzo has secured yet another milestone in his career after he was appointed Uganda's new tourism ambassador.

The Big Talent Boss signed the deal on Tuesday, September 1, 2020 and was unveiled by the Hon Minister Kiwanda Godfrey Ssubi in a bid by the Uganda Tourism Board to boost the tourism sector.

According to Kiwanda, Eddy Kenzo is the right person for the post as he has traveled enough to help market Uganda.

He also thanked him for his songs that have helped put the country on the international map.

"While I will be required to also show case our beauty to the outside world, I strongly believe it all begins with us. I therefore appeal to you all my friends, fans and all Ugandans to be a part of the #TulambuleMyUganda campaign to see what beauty we behold as a nation. 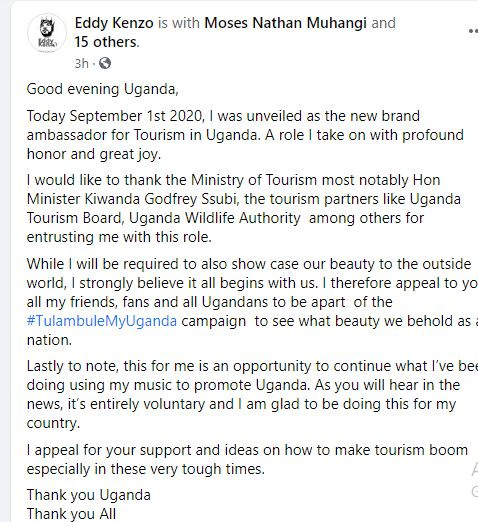 “Lastly to note, this for me is an opportunity to continue what I’ve been doing using my music to promote Uganda. As you will hear in the news, it’s entirely voluntary and I am glad to be doing this for my country. I appeal for your support and ideas on how to make tourism boom especially in these very tough times,” Eddy Kenzo shared.