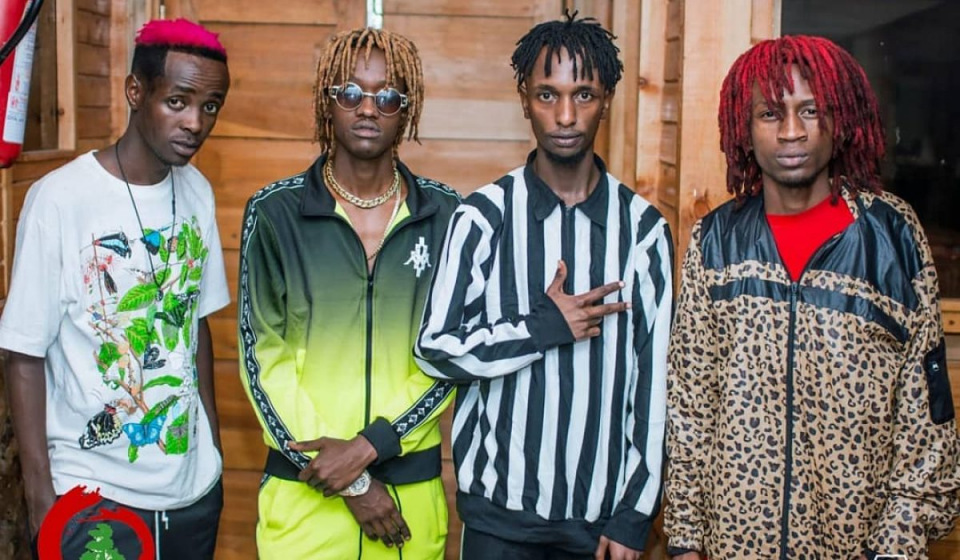 ‘Hainishtui’ is a feel good song that has a mixture of Kikuyu, Luo, Swahili and Sheng lyrics.

The song revolves around a person branded ‘Kigotho’, who lived in a ghetto together with his peers, but his life changed when he started dating a rich lady.

Following the changes in his life, the Kigotho appears to elevate himself, a move that does not augur well with his peers.

Produced by SADAFFA, the song is on point and has amazing beats that will leave you playing the jam over and over again.

Barely a day after it premiered, the video is doing extremely well online with over 40,000 views on YouTube.

‘Hainishtui’ ticks all the boxes for a gengetone club banger, however, it is unfortunate that clubs and entertainment joints are closed and as such music lovers cannot jam to this song in social areas together with their peers.

The new release is expected to silence and quench the musical thirst of a section of fans who were pressurizing the group to drop a new jam.