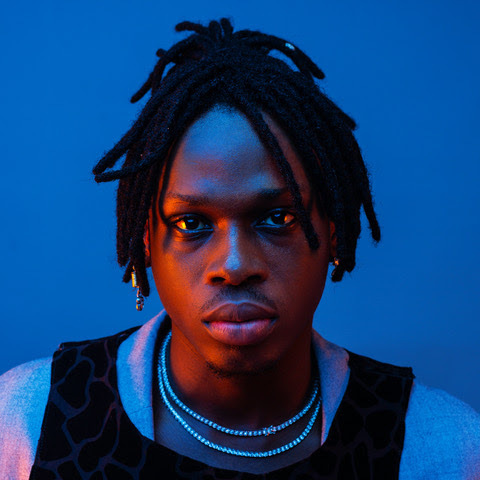 Nigerian singer and songwriter Fireboy DML has described his fans as 'special' after helping him win a record 5 awards in the recently concluded 14th edition of the Headies Awards.

The 25-year-old singer who released his debut album in 2019 won the highest number of awards, beating several heavyweights in the Naija Music industry among them Burna Boy, Davido and Wizkid. 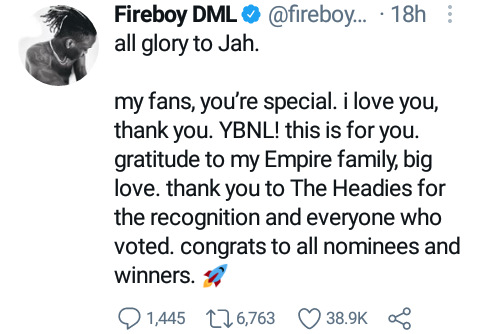 After the history win, Fireboy DML took to his official Twitter handle to declare that it was "all glory to Jah".

He also dedicated the win to his YBNL record label that was founded by Nigerian rapper Olamide.

"my fans, you’re special. i love you, thank you. YBNL! this is for you. gratitude to my Empire family, big love. thank you to The Headies for the recognition and everyone who voted. congrats to all nominees and winners," he tweeted. 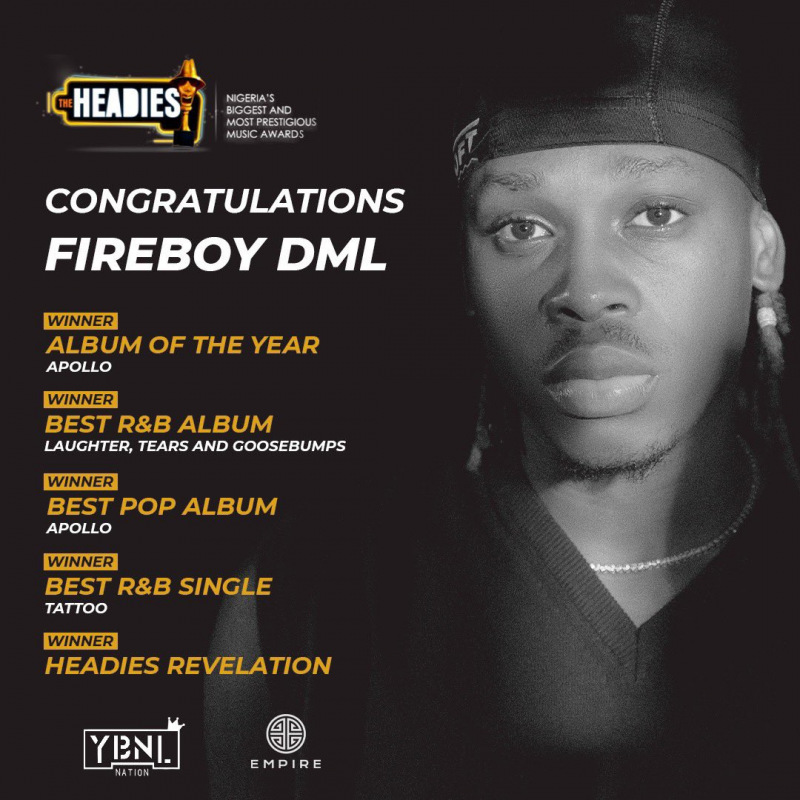 His hit single 'Tattoo' also edged out some popular singles like 'Duduke' by Simi and Omah Lay's 'Bad Influence' to win the Best R&B Single.

'Apollo' also won Album of the Year category ahead of 'African Giant' and Chike's 'Boo of the Booless' as well as beating Joeboy, Rema, Teni and Chike to bag the Headies Revelation category.