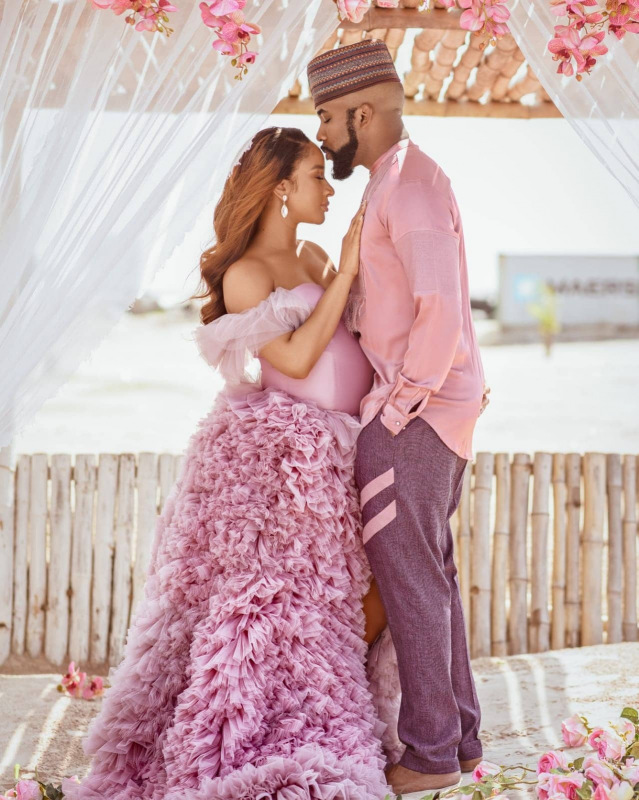 Banky W, a Nigerian singer, rapper, actor, entrepreneur and politician has announced the arrival of his first child.

In posts on his official Social Media pages, Banky W who is credited in film as Banky Wellington revealed that the child's name was Zaiah after reffering to his wife as Mama Zaiah.

The singer made the revelation when wishing his wife a happy birthday.

"God turned our tears into triumph, and our loss into laughter He's changed our lives forever, here's to the next chapter Nothing I can say or do can top what He gave us My baby had a baby and he's everything we prayed for @AdesuaEtomiW Happy birthday Mama Zaiah I love U SCATTER," Banky W tweeted alongside photos of her pregnant wife. 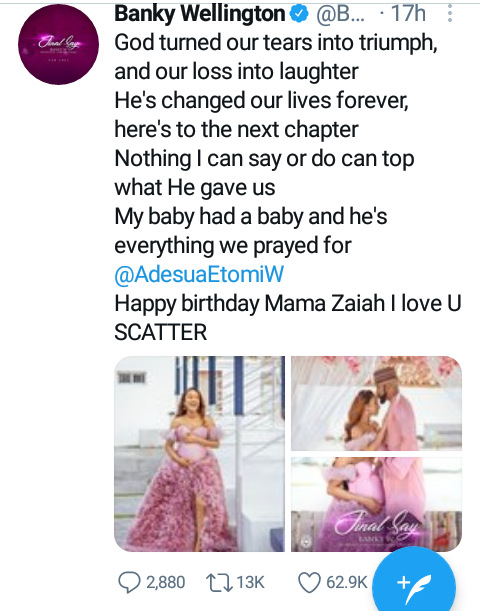 In lengthy post on his Instagram account, Banky W showered praises to his wife, saying "words cannot properly express how grateful I am for you, how much I love you, or what we've been through..."

"Happy birthday to my lady, my love and Purpose Partner. My world, my wife and Baby Mama, I didn't think it was possible for you to be more beautiful than you already were....but I was wrong. Because you're not just beautiful, you're strong," read part of the Instagram post.

"You're grace and favour personified, and you're so much more," he added. 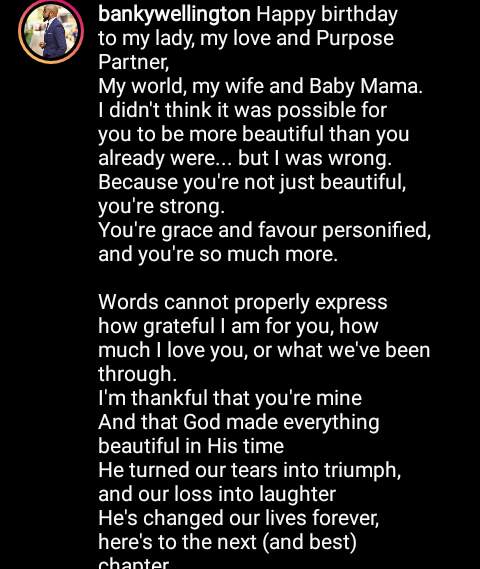 Banky W married Adesua Etomi, an actress, traditionally on 19 November 2017 and subsequently did his white wedding in South Africa on 25 November 2017.

Officially known as Olubankole Wellington, Banky has also announced that he will be releasing the highly anticipated new single titled 'Final Say' on February 26.