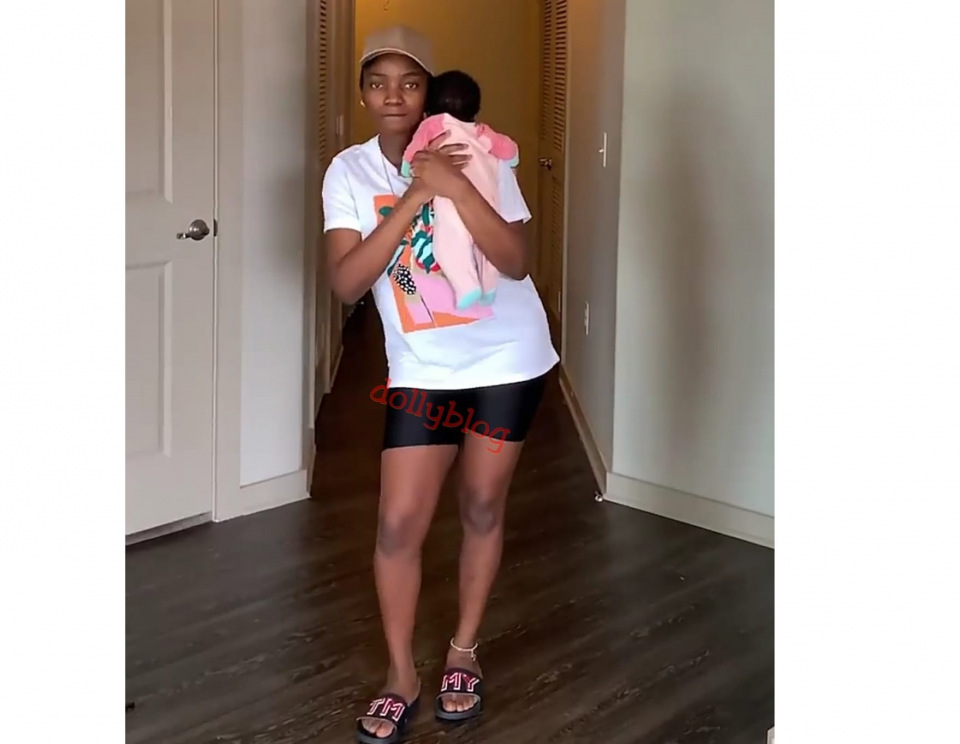 Nigerian singer, songwriter and actress Simisola Kosoko, better known by her stage name Simi, has admitted to that having a daughter has made her vulnerable.

Simi says as much has she wants the best for her daughter, she will never be in control of some things, a fact she points out make her "the most vulnerable I've ever been in my life."

The 'Duduke' hit maker welcomed her first born, a daughter, Adejare Kosoko on May 30, 2020.

Also Read: Top 5 Trending Naija Songs That Should Not Miss On Your Playlist

She got the child with her husband, Nigerian highlife singer Adekunle Gold. The two got married in 2019.

In a post on her official Twitter handle, Simi also pledged to always be the best example for her daughter.

"Having a daughter has made me so vulnerable. I want her to never be hurt, sad, insecure, in pain, confused or afraid. The fact I won't always be able to control these things has made me the most vulnerable I've ever been in my life," she tweeted.

"I have to be the best example for her. So help me God," read another tweet from Simi who started her career as a gospel singer, releasing her debut studio album in 2008, titled 'Ogaju'. 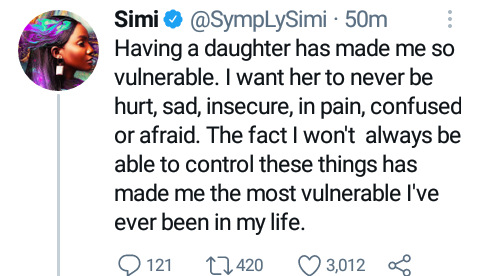 Simi currently ranks among the best female musicians not only in Nigeria but also in Nigeria.

She won the Best Female Artist in West Africa during the 2020 edition of AFRIMMA.

A music video for the hit single 'Duduke' which was a dedication to her then unborn child was among the top 10 most-watched music videos on YouTube by an African artist in 2020.

Released on her birthday, April 19, 200, the 'Duduke' video has been watched over 33 million times on YouTube.