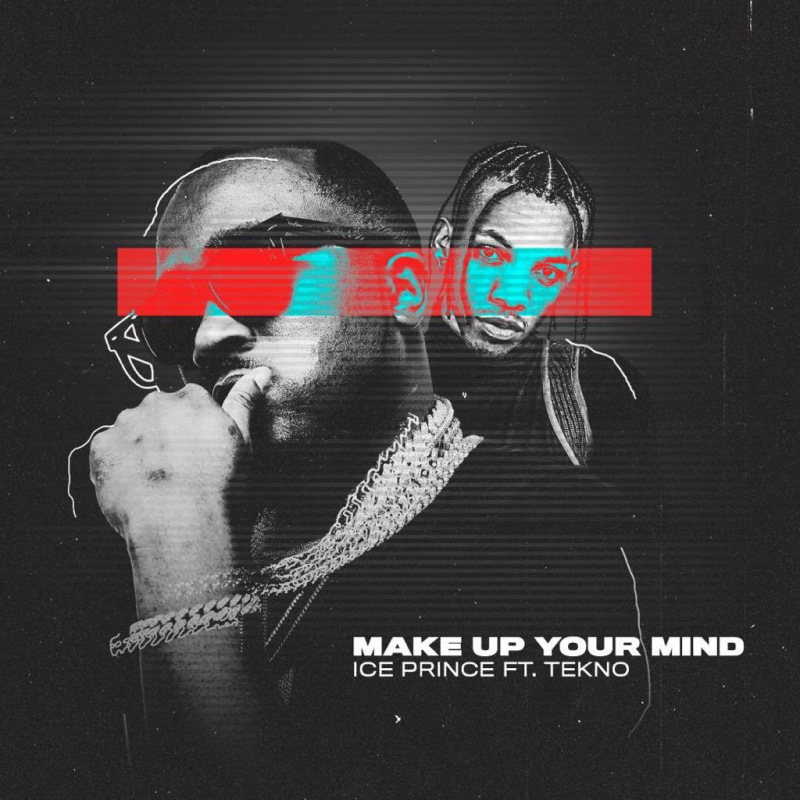 Nigerian hip hop recording artist and actor Ice Prince has announced that he will be dropping a new song this Friday.

In a post on his social media pages, Ice Prince said the new song titled 'Make Up Your Mind' features fellow singer Tekno. 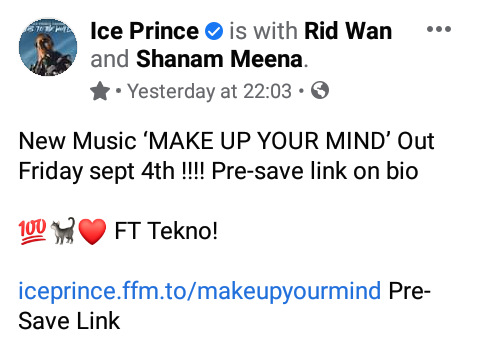 "New Music ‘MAKE UP YOUR MIND’ Out Friday sept 4th !!!! Pre-save link on bio FT Tekno!" read a post on his Facebook page.

Ice Prince who rose to fame after releasing "Oleku", one of Nigeria's most remixed songs of all time has released several hit songs this year among them 'Tatabara' which he teamed up with Skales, 'Top Up' as well as 'Everybody'.

His debut studio album Everybody Loves Ice Prince was released in 2011 supported by three singles - "Oleku", "Superstar" and "Juju".

In 2013, Ice Prince released Fire of Zamani as his second studio album. The album contained the singles "Aboki", "More", "Gimme Dat" and "I Swear".

Ice Prince also served as the vice president of Chocolate City from July 2015, a position he held until he left the label in 2016.