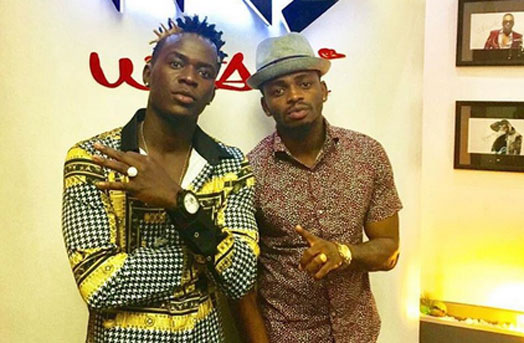 In an Instagram post, Willy Paul shared his TBT photo with Diamond, adding that if they can work together on something it would be great.

According to Willy Paul, a collabo between him and Diamond can cause a standstill across the world.

Even though he tagged Diamond, the music star is yet to respond to the post.

Willy Paul has previously worked with a number of top Tanzanian artistes including; Nandy and Rayvanny.

It is worth noting that all the three collabos he did with Nandy and Rayvanny got over 10 million views on YouTube.

His ‘Mmmh’ hit featuring Rayvanny; a member of the Wasafi label is among one of his most watched videos with 18 million views.

From the data above, Pozze clearly has great chemistry with his Tanzanian counterparts, and judging by Diamond’s musical capabilities, a collabo between them could be a massive hit.

Fans are eagerly waiting to see whether Diamond will respond to Pozze.