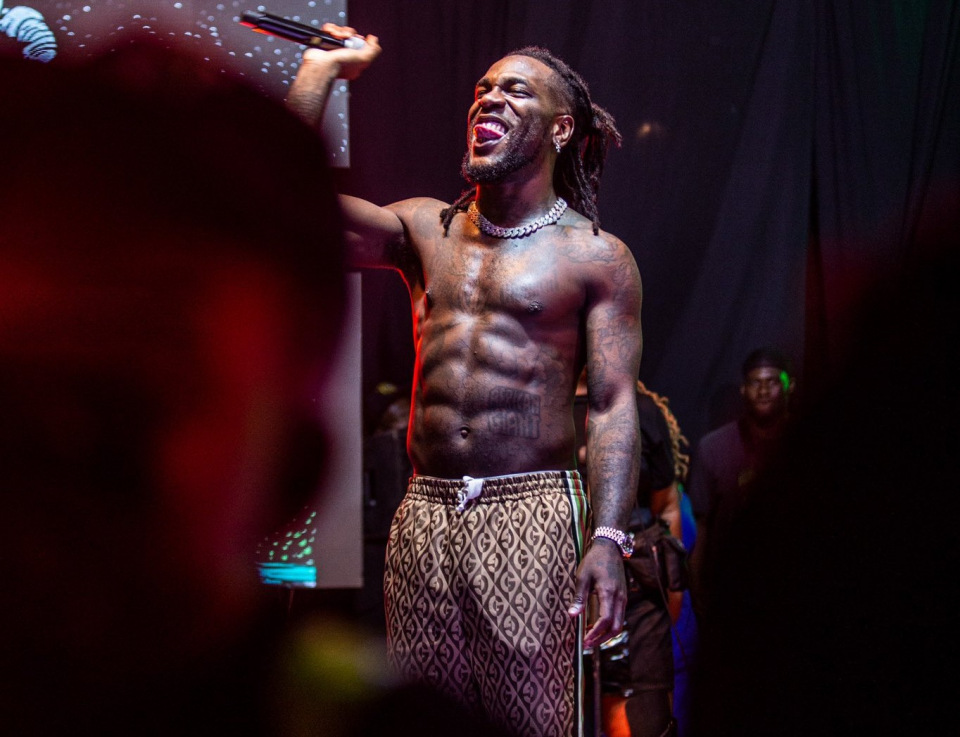 Rashford made this known while responding to a Twitter use who wanted to know if the England striker listens to Afrobeats.

Afrobeats also known as Afro-pop, Afro-fusion, is an umbrella term used to describe popular music from West Africa and the diaspora that initially developed in Nigeria, Ghana, and the UK in the 2000s and 2010s.

"Got lots of fans in Nigerian, do you listen to afrobeats?? And what’s your favourite Afrobeats song at the moment? And who is your favourite afrobeats artist?" asked the user in a question and answer session on Rashford's official Twitter. 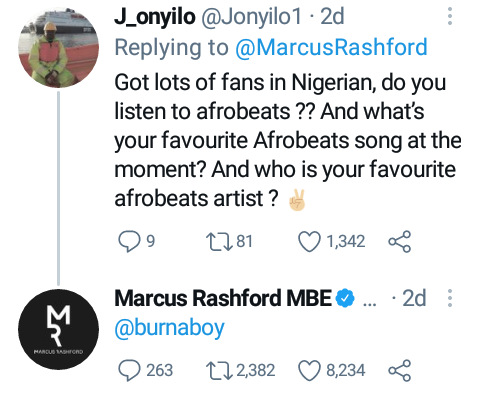 The 29-year-old Port Harcourt born singer, songwriter, rapper, and dancer is one of the biggest and most successful African artists.

Burna Boy who rose to prominence in 2012 after releasing 'Like to Party', a lead single from his debut studio album 'L.I.F.E' released in 2013 has in recent years won several top awards.

In 2019, he won Best International Act at the 2019 BET Awards, and was announced as an Apple Music Up Next artist.

His fourth studio album 'African Giant' released in July 2019 won Album of the Year at the 2019 All Africa Music Awards and was nominated for Best World Music Album at the 62nd Annual Grammy Awards.

Burna Boy was awarded the African Artist of the year at the 2020 VGMA's.

In 2020, his fifth album 'Twice As Tall' was nominated for the same category at the 63rd Annual Grammy Awards, making him the first Nigerian with back-to-back nominations at the Grammys.

In 2021, he won the award for Best World Music Album at the 63rd Annual Grammy Awards.