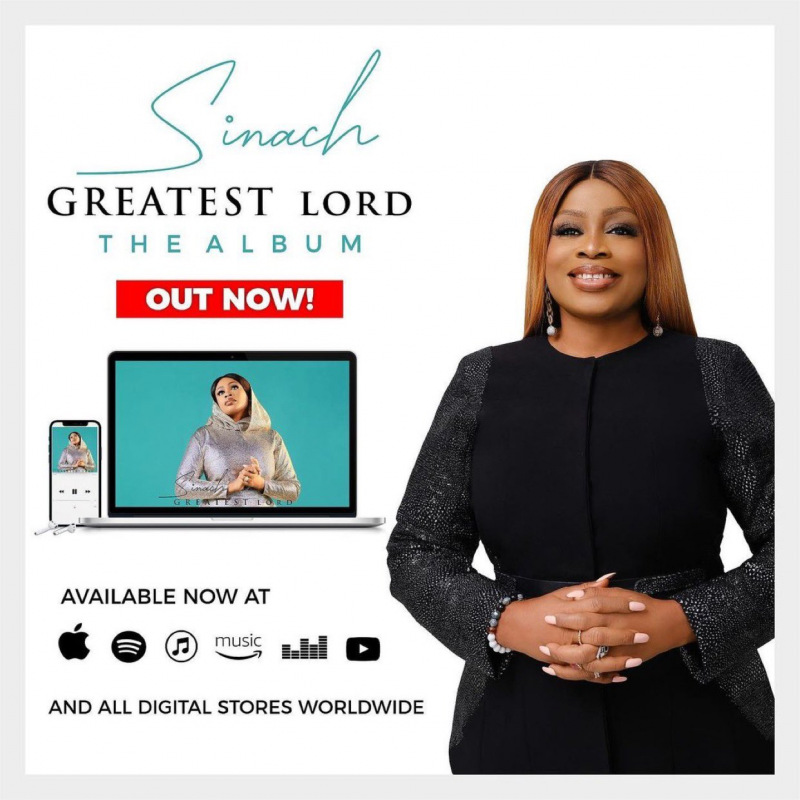 April 2021 has started on a high in the Nigerian music industry.

Already three Naija albums have been released even as we look forward for many more others from the likes of Peruzzi, Laycon and a debut EP for DMW first lady Liya.

Here are the new Naija albums you need to listen to this week.

After a long wait contributed by the Coronavirus pandemic, Mr P finally released his debut album - as a solo artist.

Formally a member of the defunct popular music duo - P-SQUARE, Mr P officially known as Peter Okoye was to release the LP in 2020 but had to push it forward.

The 'Prodigal' album houses 16 tracks and features 10 diffrent artists including some of the popular Nigerian musicians among them Tiwa Savage, Wande Coal, Simi and Teni.

'Greatest Lord' is a 13-track album from the internationally known Nigerian singer/songwriter Sinach.

In an interview with Apple Music about the 'Greatest Lord' album, Sinach says:

"We are living in unprecedented times and 'Greatest Lord' is a worship project to help Christians all over the world recognise Jesus as the solution to today’s hurting world.

Just like the biblical story of King Jehoshaphat: When he was faced with an insurmountable enemy, God’s strategy was to put singers on the front line, to lead his people in worship.”

This is the latest album from popular Nigerian gospel musical artist and trumpeter Nathaniel Bassey.

"Hallelujah Again is based on Revelation 19:3 which speaks about the the victory over other great wall, a celebration of victory in heaven. The good news for you is that regardless of what you’re going through it’s going to end in praise, you will shout hallelujah again," says Nathaniel Bassey.