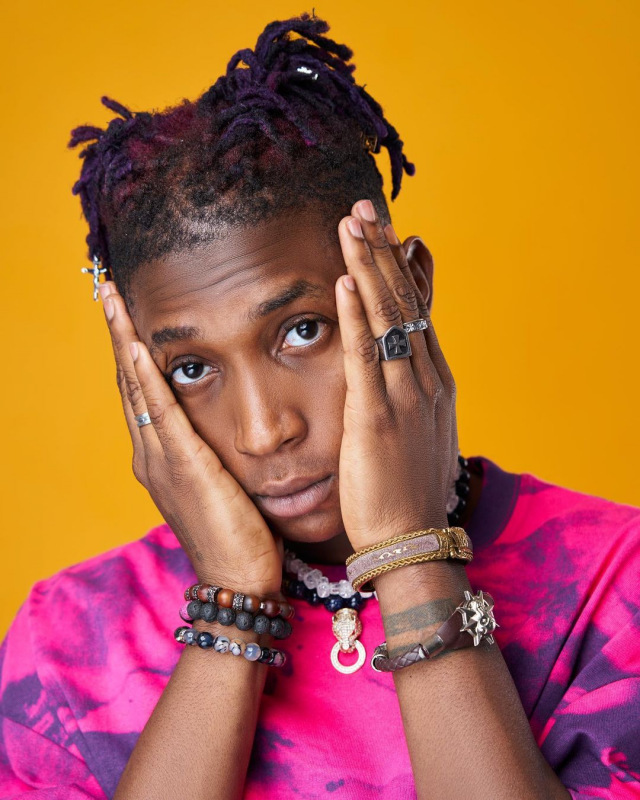 It was April Fool’s day and Headies next rated nominated singer, Bella Shmurda was at it to tease fans with a new song of his which he said featured Wizkid, Burna Boy and Davido. The Cash App singer took to his social media page to announce that he is releasing a new collaboration record with Wizkid, Davido and Burna Boy, urging fans to pre-save the song via a link in his bio.

Well, happens Bella was actually pushing his own solo record, “World” which is expected to be released in the coming hours. But did he need to do all that to push his song? Well a little "catching cruise" here and there never hurts.

While Bella Shmurda is known to have a music relationship with Wizkid, the stunt would have been more believable if he left it at that as we know it will take a quite heavy pull to be able to get Wizkid, Burna Boy and Davido all in a song together especially considering the current state of their relationship which looks like it has transcended past just being contender for the number 1 music act in the country.

Bella Shmurda is now a very well known name in the nigerian music scene especially after scoring a couple of hit songs with Cash App being the one that shot him up to fame and also earned him a Headies Next Rated 2020 award nomination, a category he lost to Omah Lay. He was recently in a studio session with Wizkid and we would definitely be expecting the outcome of that session in hopefully no distant time.

Well, happens it was just another April Fool prank but I doubt anyone fell for this one but hey, it would also be nice to check out the new Bella Shmurda record, “World” when it finally drops.