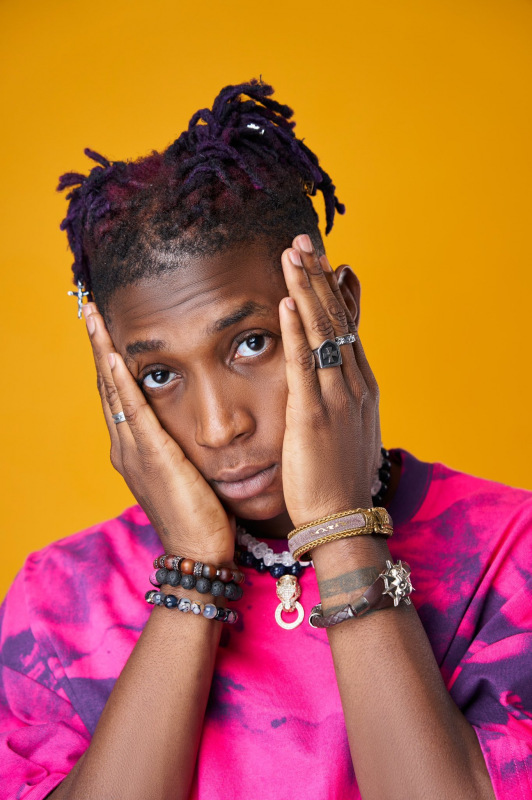 Titled 'World', the new single released on April 2 under Bella Shmurda's Dangbana Republik is a thoughtful track that highlights a number of things.

In the song, Fine Boy Bella as he's popularly reffered to sings about how he cannot lie to himself, run away from himself or lose himself - because "I will always see myself".

The 'Cash App' hit-maker also talks about same sex marriage and how pastors use black magic to perform miracles so that they fill-up their churches.

'World' is an Afrobeats song produced by SB and was already trending, barely two days after release.

This is the second single from Bella Shmurda in 2021, a follow-up to the 'Rush' track that has a controversial video.

Officially known as Akinbiyi Abiola Ahmed, the 24-year-old Nigerian singer and songwriter rose to prominence with the release of the song 'Vision 2020', and a follow up remix which featured Nigeria rapper Olamide.

Bella Shmurda released several hit songs in 2020, some which featured top musicians, one of which is 'Cash App' featuring Zlatan.

He was nominated for the Headies Award for the next rated in 2020.