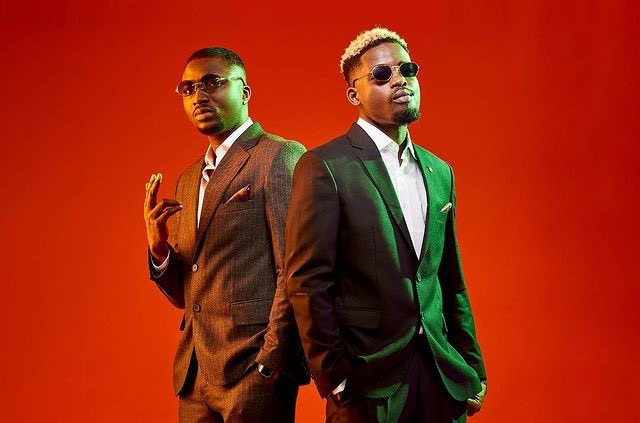 For days, there has been reports of the album nearing completion with with Album Talks reporting that it was 83 percent complete.

Replying to the tweet, the 'Barawo' hit makers said the LP was in progress and that it will all be about hits. 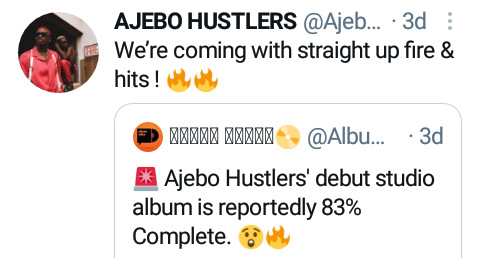 Ajebo Hustlers, a Nigerian music duo that is made of Piego and Knowledge with the real name as Isaiah Precious and George Dandeson started gaining prominence after releasing their hit single 'Barawo' in 2020.

They later did a remix for the song featuring American-born Nigerian singer Davido.

Ajebo Hustlers recently released 'Pronto', a song in which they teamed up with fast-rising musician Omah Lay.

'Pronto' has been among the top trending song since it was released in January 2021.

The duo met in 2010 at a restaurant in Port Harcourt where they were working.

Their style of music blends Afrobeats and highlife as well as captivating street slangs.