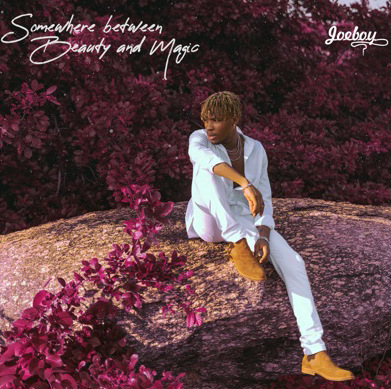 We're into the third month of 2021 and it already looks like a busy year, musically.

This article takes you through some of the top projects - albums and EPs that have been released by Nigerian artists in 2021.

The EP that plays for a cumulative 20 minutes houses 7 tracks with CKay featuring a number of artists including fast-rising Oxlade.

The 'Boyfriend' EP is inspired by multiple guitar genres and living up to its title as Ckay showcases his romantic side.

Something Else - Mr Eazi

This is "a calm before the storm" EP in which Mr Eazi continues his journey from the artist on breakthrough projects 'Life Is Eazi, Vol. 1' - Accra To Lagos (2017) and 'Life Is Eazi, Vol. 2' - Lagos to London (2018) project to a globe-spanning entrepreneur and business visionary.

'Something Else' which was released in February has 5 tracks, including the operatic single 'The Don'.

'Ayra Starr' is a self titled EP that the latest Mavin records diva Ayra Starr released in January 2021.

The Benin-born, Lagos-based singer navigates love and relationships in the singles 'Away', 'Ija' and 'Memories as well as addressing teenage angst and vices in 'Ditr'.

'Ayra Starr' EP is described as "a joyful experience shaped by a sophisticated soundscape— electric guitar riffs and subtle percussion merge with her unflappable voice to produce a delicious cocktail of heartfelt and carefree anthems."

Somewhere Between Beauty and Magic - Joeboy

The album has been described as ‘a celebration of love in its myriad forms’ even as Joeboy continues his ascent in the music industry.

This is the most latest project from a Nigerian singer.

The EP released on March 5 sees Niniola, the Afro-house hitmaker unleash her full vocal range in this amazing R&B project.