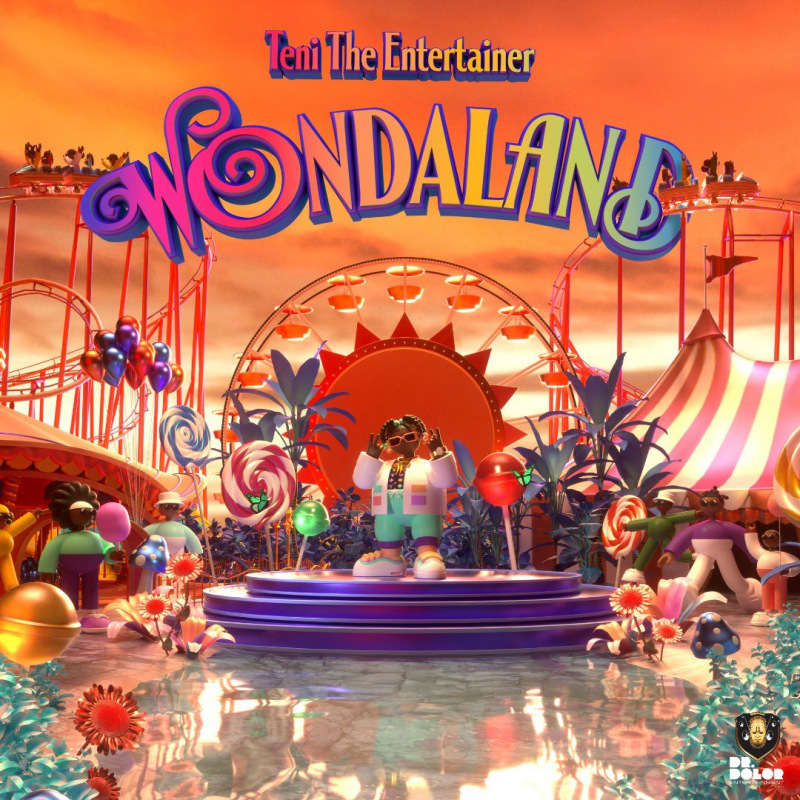 Teni the entertainer continues to share details of her upcoming debut album 'Wondaland' scheduled for release on March 19.

The Nigerian singer and songwriter is counting down the big day and is keeping her fans anticipating for the project, but sharing bits of the album.

Teni recently shared the cover to the album which she said "describes the album".

The singer also revealed that 'Wondaland' was recorded in 7 cities around the world in two years. 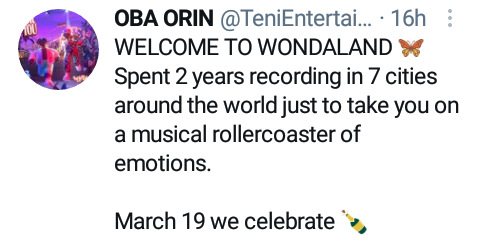 According to Teni, her debut album will take her fans on a musical rollercoaster of emotions.

"WELCOME TO WONDALAND
Spent 2 years recording in 7 cities around the world just to take you on a musical rollercoaster of emotions," read part of Teni's tweet.

"March 19 we celebrate," she added

The album is already available for pre-order.

A first single off the 'Wondaland' album dropped early in February 2021 and sees Teni team up with Afrobeats star Davido.

The single titled 'For You' is an emotion-tinged slice of Afrobeats whose visuals directed by Dammy Twitch currently have over 2.5 million views on YouTube.