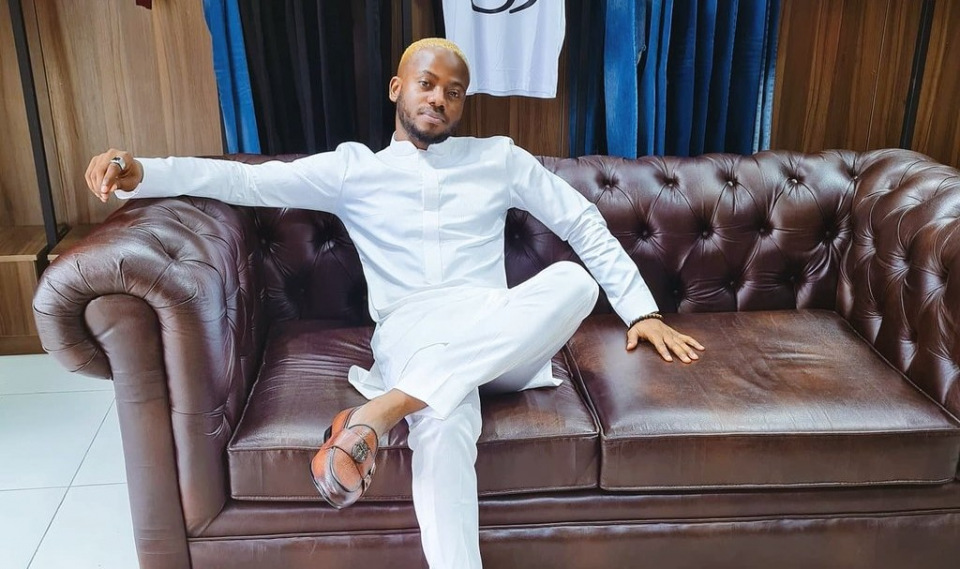 Join Us On Telegram

'Real Man' is a love song that the Mavin Records singer released ahead of the 2021 Valentine's Day.

In this latest Naija single produced by Ozedikus, Korede Bello starts off by slowly serenading his woman with rich lyrics mixed with slangs and fully blows to a steamy Afrobeats affair alongside a trance of beautiful lyrics and genre-bridging sounds.

Visuals for this buzzing track are equally amazing and beautiful with an interesting storyline.

The video begins with Korede Bello and this woman he has fallen in love with in a car after what looks like a night out. Korede Bello tries to kiss the lady, but that move backfires as the woman gets infiltrated and dashes out of the car.

In intering her room, the beautiful woman gets some drinks which makes her sleepy, and she starts dreaming having a good time with the man.

'Real Man' video also has some scenes where Korede Bello treats his fans to some nice choreography.

This 'Real Man' video was coincidentally released on the day Korede Bello was celebrating his 26th birthday.

"I know it's supposed to be my birthday but allow me to gift you with a new video. #RealMan out now!! Enjoy and share with your loved ones," he tweeted. 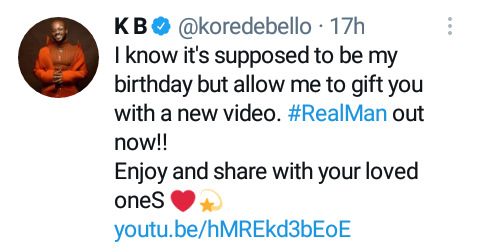 Korede Bello is known for his hit single 'Godwin' a semi-gospel and pop song which became a national anthem and topped many music charts across Nigeria,

He signed a record deal with Mavin Records in 2014.