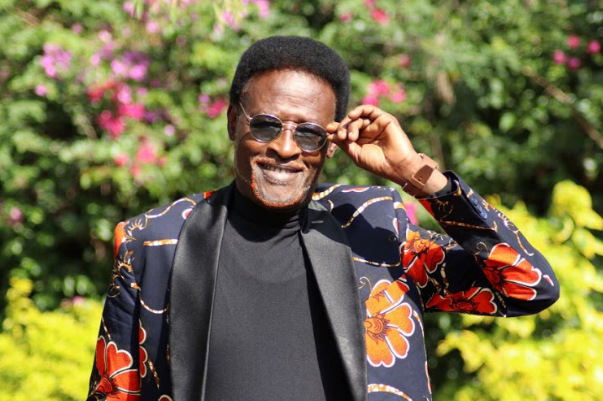 Veteran Kenyan musician Freshly Mwamburi is arguably one of the top rhumba icons of his generation. Some of his most notable classical hits include ‘Siri Ya Moyoni’, ‘Safari Ya Mombasa’ and ‘Panga Mpango’ among many more hits.

However, none of these hits top the hit song, ‘Stella Wangu’ which is commemorated by netizens every year on 17th May as ‘Stella Day’.

‘Stella Wangu’ is a classic song that tells a love story between Mwamburi and his lover Stella who left Kenya to study Medicine in Japan and later returned on May 17th, 1992 accompanied by a Japanese man and their baby breaking his heart.

Apart from the original song, Mwamburi recently released ‘Stella Remix’ on his YouTube channel. The jam which is only three months ago is still doing well and currently has over 944,000 views on YouTube.

‘Safari Ya Mombasa’ is a slow classic song, which celebrates a successful journey that Mwamburi took together with his fans to Mombasa. Once they arrived, Mwamburi sings that they held a great party and from that, he infers some lessons he learned during the journey like the power of unity in building the country.

‘Siri Moyoni’ is an upbeat jam which serves as a reminder to people that a secret is only a secret when you keep it to yourself. In Mwamburi’s opinion, once you tell another person, they will share and it will no longer be a secret. Apart from the message, Mwamburi also serves some golden reminders, which include asking people to respect themselves and they will be respected by others.

‘Wanawake Hawana Wivu’ is a slow song in which Mwamburi takes time to elaborate his own opinion on why he believes women are not jealous beings. One of the main reasons he cites is that three to five women can be married to one man and live in the same house forever. He goes on to compare women with men who he insists can never share one plate because of jealousy.

‘Tuelewane Ndugu’ is a call for brothers not to quarrel over small misunderstandings but instead unite and uplift each other. Mwamburi reasons that the brothers might need his help when they get in trouble and he may also need their help one day.