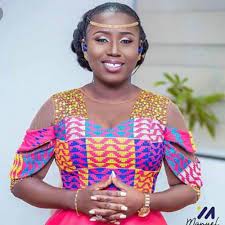 Diana Hamilton, an international Ghanaian UK-based gospel artist and song writer has been nominated in six categories in the forthcoming 22nd annual Vodafone Ghana Music Awards.
Diana’s latest hit titled ‘Adom’ which means Grace is the one that earned her the six slots. The song is currently the biggest gospel song and also one of the most popular songs in Ghana. The song has been well received with great reviews as it has been said to have touched many lives across the world after it was released.

Diana Hamilton was nominated under the following categories; Best Gospel Artiste, Gospel Song of the Year, Music Video of the Year, Vodafone most Popular Song, songwriter of the Year which includes Artiste of the year.

In the past two years, Diana Hamilton has maintained her spot of wining the Gospel Artiste of the Year award two times. She is also in a competition for the second time with top artists like Medikal, Sarkodie, Adina KiDi and Kuami Eugene for the Artiste of the year category.

Diana has proven to be a force to reckon with anywhere African gospel is made the topic. This is after she went viral with her hit song in the year 2018 titled, MO NE YO