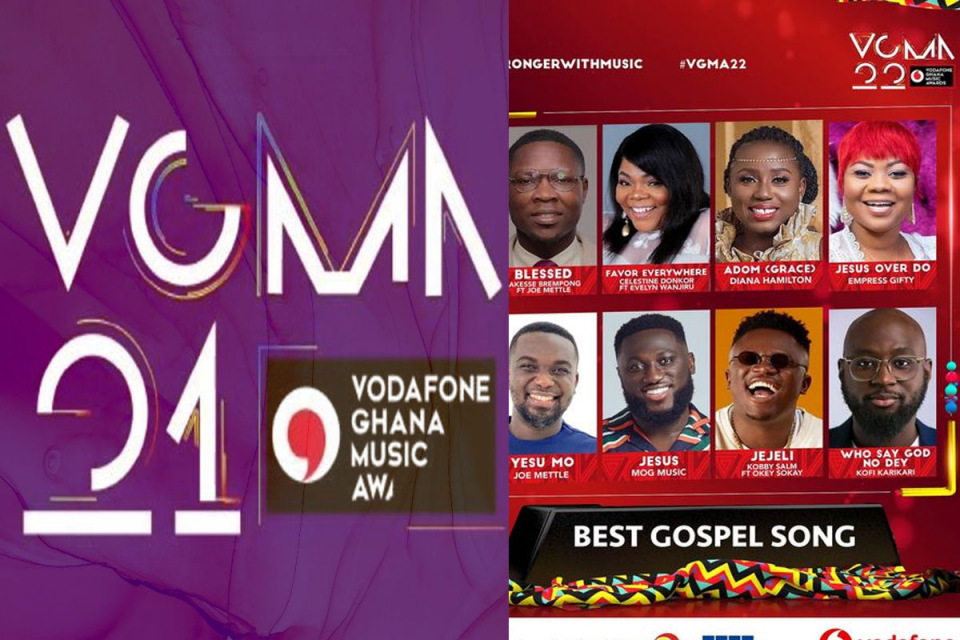 Vodafone Ghana Music Awards organizers have introduced new categories to its awards scheme. The objective of this move is to make the scheme more responsive to the industry.
The new categories include;

This particular category is meant to celebrated the artistry of the Afropop/Afrobeats musicians who must have released a hit single/EP/album during the year under review. The artiste is to be adjudged by the academy, Board and the General Public as having with the highest audience appeal and popularity in the Afrobeats/Afropop Genre.

EP of the Year

This category is created to rejoice the performance of the Eps. This is adjudged by the Academy and Board as the most outstanding compilation. Can either be by the number of hit songs or the quality of production of an EP that was released during the particular year under review.

This category was initially known as Gospel Song of the Year. In this new category, the song adjudged by the academy, Board and the General Public as the most popular Gospel song in the year under review. And the chosen song must have generated the most excitement during the year.

Vodafone Most Popular Song of the Year

Under this category is the song adjudged by the Academy, Board and General Public as the most popular song released in the year under review. And this particular song must have enjoyed a lot of patronage and created most excitement during the year. In the past under this category only one popular song from an Artiste was selected despite the artiste having several hit songs. This time round, the VGMA Board agreed to allow the category to feature all hit songs, irrespective of whether they are from the same artiste or not.

Most Streamed Ghanaian Artists on Spotify