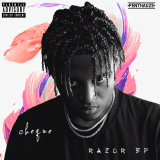 Rank: 1119 ↘ -111
Nigerian popular musician, Cheque, also known as Superboy Cheque, is one of the heat artist in Nigeria making his way to the mainstream steadily. (more)
Promote artist ↑
report
Get Latest DJ Mixes

Akanbi Bamidele Brett popularly known as Cheque is a 27-year-old Nigerian singer and songwriter. He was born and raised in Ondo State, Nigeria. In 2016, he graduated from Obafemi Awolowo University (OAU) with a degree in Chemical Engineering. He later on relocated to Lagos to pursue his dream of music.

His music journey and breakthrough
He started his music career in 2015 under the stage name of Kyle B. At the time he released an EP dubbed S.O.O.N. The EP which had five songs featured top artists such as Fireboy DML and Chinko Ekun among others.

The EP attracted the attention of many stakeholders in the Nigerian music industry including renowned rapper Phyno. Phyno was impressed by Cheque’s talent and officially signed him to his record label known as Penthauze. Following his signing to the label, Cheque graced a song dubbed ‘Nyem Space’ that featured all members of the Penthauze record label.

At the beginning of 2020 Cheque was featured by celebrated artist Olamide in ‘Warlord’, which was among the songs in his 999 EP. Later on that year, Cheque released his second EP dubbed ‘Razor’. The EP housed his breakthrough song ‘Zoom’. The success of the song saw him release its remix in collaboration with Davido and Wale. Other songs that were also on the EP include; ‘Loco’, ‘Hollywood’, ‘Odun’, and ‘Satisfied’.

At the end of 2021, he got the honour of working with Olamide for a second time on a song titled ‘Love Of My Life’. Shortly after the song was out, the singer went ahead to release his first studio album dubbed ‘Bravo’.

In 2021, Cheque made headlines after he won the Best Duo African HipHop award at the All Africa Music Awards (AFRIMA) together with Fireboy DML. The award improved his status and class as a musician. Given his steady rise to the limelight and consistency in releasing songs, fans are hoping to see him take home more prestigious awards.

How to listen to and download music on Mdundo.com
His songs are available for free download and streaming on mdundo.com. To download or listen to the songs, visit the site and navigate to the search bar. Type his name or the specific song of your choice and tap on the search button. A catalog bearing all of his mp3 songs will show up. Select your favorite song and either listen to it online by tapping the play button, or save it to your device by tapping the download button.