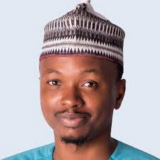 Who is Namenj?
Ali Jubril Namanjo popularly known as Namenj is a singer, songwriter, producer and entrepreneur from Nigeria. He was born on October 20, 1994. He focuses on R&B, Reggae, Hip-hop, Gospel, Afro-pop and Afro-beats. He is fluent in Hausa, which is also the language he uses in his music.

How did he start his music career?
Namenj’s love for music started at a young age where he’d sing along to songs by Celine Dion and Westlife among other global stars. He started professionally recording music in 2012 but his major breakthrough came in 2015 after releasing a cover of ‘Orente’ hit by Adenkule Gold. The cover went viral and made Nemanj a social media sensation. Since then, he has been on an upward trajectory, releasing one hit after the other.

Does Namenj have any albums?
He has one album dubbed The North Star. It was released in 2021

How many awards has he won?
Namenj has been in the music industry for over five years. It is not clear if he has won any awards during this period, as there is no record of him being awarded in any gala.

Which label is he signed under?
Namenj is a signee of emPawa Africa.

What is his relationship status?
It is not clear whether he is married or in a relationship. Namenj has over the years managed to successfully lock the public from his private life.

Is he the best artist in Nigeria?
He is a relatively young and new artist in the industry, he, however, has the potential to be one the music greats in the country. In North Nigeria where he hails from, Namenj is considered one of the top artists in the region as he sings in Hausa which is the dominant language in the region. Additionally, the North side is largely untapped yet it has over 100 million occupants.

How to listen and download Namenj songs on Mdundo.com
His songs are available for free download and streaming on mdundo.com. To listen to his music, visit mdundo.com and search for Namenj. A catalog of all his available MP3 songs will then be provided for you to select the songs you want. You can download/listen to his latest music on Mdundo through your phone, laptop or any other device that can access the internet.