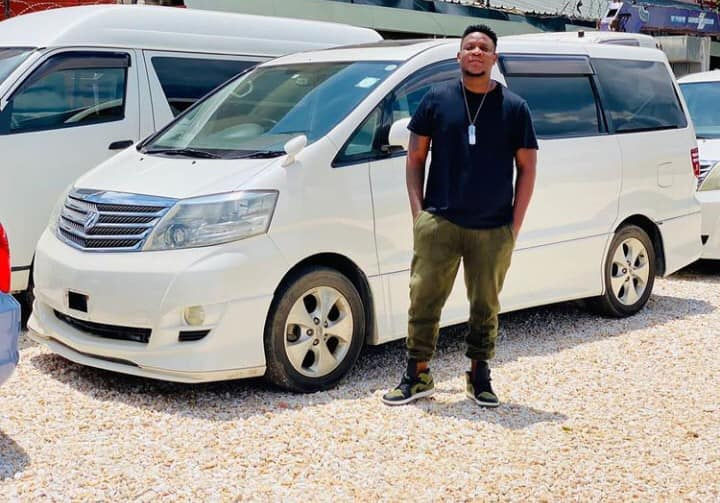 Kalandanya Music signed artist Nez Long has stunned Zambia with his move to acquire a huge capacity van christened ‘the bus’ in readiness for his forthcoming album.

Nez says that the new vehicle will help in mobility to different parts of Zambia as his team popularizes the album.

Read Also: Nez Long Reveals How he Recruited Mr Stash to Produce Music When in Grade 10

“Due to the work load and tours lined up for the Album this Year, it was only right that we get a Bus for the Team,” he wrote on Facebook.

A common complaint among Zambian music fans is that when an artist releases an album, he or she does not immediately go on tour to promote it in the country.

It is on this premise that Nez acquired the vehicle ahead of the release of his new album this year. An extensive U.S. tour is planned for the rapper.

Born Martin Moyo, the ‘Input’ singer explains he got his artistic name from his stature – he is tall and heavily built.

He adopted the ‘Long’ from his boarding school where some students bullied him by calling him ‘Long’. His music journey is nothing short of stunning having transitioned from basketball and joined the industry by a default passion.