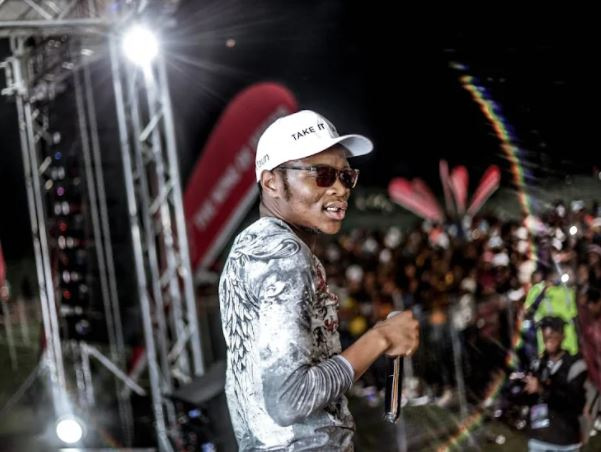 South African musician Master KG is overwhelmed by the love his fans from Angola showed him over the weekend. He shared a video of a multitude of fans anxiously waiting for him at the airport and the minute he appeared, joy-filled chants rented the air.

Master KG performed at Club S in Angola after his arrival via a private jet. He was flanked by Zanda Zakuza and Paige SA for the concert courtesy of Open Mic Productions.

The Angola concert comes against the backdrop of a new hit by Master KG ‘Mosadi Wago Nrata’ featuring Zakuza and Limpopo queen Makhadzi.

The ‘Jerusalema’ hit maker released the hit via his new label Wanitwa Mos Entertainment. It is the second hit he is releasing under his label.

A few weeks back, he released ‘Dalu Nguwe’ a new song he did with Nkosazana Daughter & Basetsana. ‘Dalu Nguwe’ is unique – in sound and delivery. It is an eight-minute hit that the trio nail by every way, shape and form.

Nkosazana’s mellow voice pulls you stuck to the song for as long as it lays. Her vocal sync naturally to the signature South African music beats.