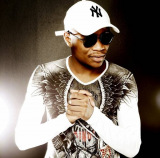 13 191 monthly listeners. Rank: 117 ↘ -19
Master KG is angola south Africa
base producer and musician who was born in Calais village, Limpopo in the year 1996. The 23-year-old goes by real name Kgaogelo Moagi, and he is, without a doubt, one of the best house music musicians. (more)
Promote artist ↑
report
Get Latest DJ Mixes

Who is Master KG?

Kgaogelo Moagi alias Master KG is a singer, songwriter and record producer from South Africa. He was born in January 1996 in Tzaneen, Limpopo. He focuses on dance/electro and Afro-pop genres. As of 2021, his net worth was estimated to be close to $1million.

How did Master KG begin his music career?

His love for music reportedly began when he was 13 years. Though he was still young, his musical interests pushed him to create and mix beats using a computer his uncle had acquired for him. He later met DJ Maebela who mentored and taught him how to work with a music software. In 2017, he released his first song dubbed ‘Situation’ that was produced under FL studios managed by DJ Maebela. In 2018, he released his debut album ‘Skeleton’ which was produced under Open Mic Productions; which was the first label he was working with professionally.

Master KG got his breakthrough after releasing the ‘Skeleton’ album. The project was received well and made him a household name in South Africa. In the album, he worked with talented artists like; Zanda Zakuza, Team Mosha and Makhadzi among others.

In December 2019, Master KG became a global sensation after his song ‘Jerusalema’ ft Nomcebo Zikode went viral across the world. ‘Jerusalema’ is his most successful song to date. The song went viral due to numerous challenges on social media platforms. The message in the song also inspired the entire world at a time when Covid-19 was killing thousands across the globe. In a bid to keep the song relevant and get the best out of it, Master KG did a remix of ‘Jerusalema’ ft Burna Boy from Nigeria and it performed equally well.

Which are Master KG’s Top Songs

Does he have any albums and EPs?

He has two albums; ‘Skeleton Move and Jerusalema’.
Which label is he signed under?
He has deals with Elektra France and Warner Music. He was also working with Open Mic productions, but reports indicate that he parted ways with the company and started his own label dubbed 'Wanitwa Mos'.

How many awards does he have?

By the end of 2021, he had won over 15 awards locally and internationally. Some of his prestigious include; MTV Europe Music Awards, AFRIMA, SABC Summer Song, Limpopo Music Awards, Vodaphone Ghana Music Awards and 2020 African Entertainment Awards USA among others.

Did Master KG Break-up with Makhadzi?
Yes, the two broke up in 2020 but rekindled their love in late 2021. They have been gushing over each other on social media.

Is he the best musician in South Africa?

He is one of the best not only in South Africa, but Africa at large. His ‘Jerusalema’ hit put him up there alongside other African giants like Burna Boy, Wizkid, Diamond and Davido among others.

How to listen and download Master KG music on Mdundo.com

His songs are available for free download and streaming on mdundo.com. To listen to his songs on Mdundo, visit mdundo.com and search for Master KG. A catalog of all his available MP3 hits will then be provided for you to select the songs you want. You can download/listen to his latest music on Mdundo through your phone, laptop or any other device that can access the internet.

Mdundo offers the latest MP3 songs for free streaming and download. All you need is a feature phone and you can start listening to some of the best songs from your top artists. Additionally, you can also enjoy DJ mixes specially curated to meet your needs.