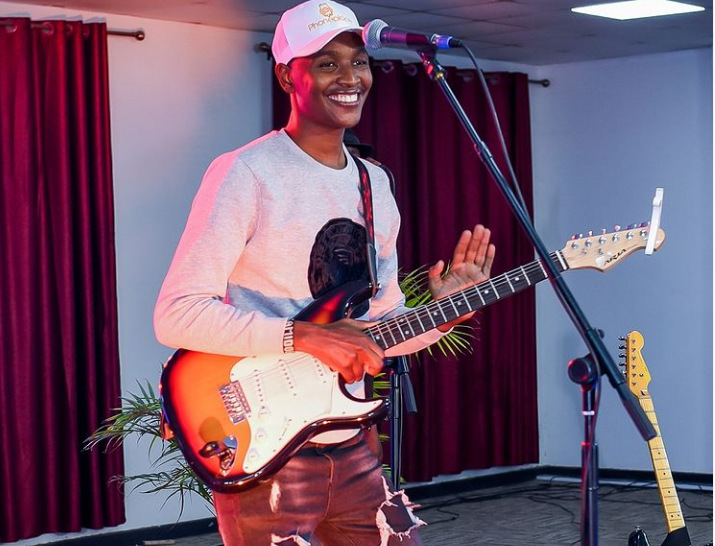 Traditionally, Swahili, Sheng’ and English singing artists have always appealed to a wider audience, mainly because of clear and concise communication. But things are slowly changing, with social media taking over, different vernacular artists are adapting to the new wave and releasing well-produced audio and creatively directed visuals coupled with English captions, meant to appeal to their wider audience who don’t particularly speak their language.

This method has been working efficiently, placing them at the top of the music chain alongside other Kenyan artists. In fact, today you are more likely to see a vernacular artist with more views than other mainstream artists. Some of the top vernacular artists include; Samidoh, Shiru Wa GP, Prince Inda, Maima and Sweetstar among others.

Renowned Mugithi artist Samidoh has been in the music game for close to 7 years. His musical roots can be traced back to his childhood when he was a Christian Union worship member. After high school, Samidoh moved to Nairobi and sang as Kamande wa Kio’s backup vocalist. His solo music career kicked off in 2016 when he released ‘Ndiri Mutwe Mwega’ which translates to ‘I am not Mentally Well’. Today, Samidoh is one of the top vernacular artists, garnering millions of views on most of his songs in recent years. Some of his hit songs include; ‘Ihinda Ringi’ and ‘Urumwe Mbere’ ft Kawhite Mwana wa White which currently have 1.1 million and 1.4 million views respectively.

Celebrated Kikuyu gospel artist Shiru wa GP has been doing music for close to 5 years. Her debut song ‘Muoroto’ which premiered in 2016 set her on a path of success, but it was her second hit ‘Agiginyani’ which gave Shiru her mainstream success. Today, Shiru is one of the top vernacular artists with most of her songs acquiring thousands if not millions of views while still trending on different social media sites. Some of her latest hits include; ‘Githigithanio’,’Kurugwo’, and ‘Wee Nowe’.

Renowned Dholuo artist Prince Indah has been in the music game for close to 7 years. Indah launched his music career in 2015 when he released his debut album ‘Cinderela’. He went ahead to release a second album dubbed ‘Tenda Wema’ in 2016. He also separated from the initial R.O.R Band shortly after and launched his own band dubbed Malaika Ohangla Rhumba Band (M.O.R). Fast-forward to November 2017, Indah released the controversial ‘Nyakisumu Part 2’ which catapulted him to massive fame. Today, Prince Indah’s music is received well, with most of his songs garnering millions of views.

Some of his recent songs include; ‘Kido Mar Hera’, ‘Mama Watoto’, and ‘Sing Along’.

Celebrated Kamba artist Alex Kasau Katombi has been in the music game for over 20 years. Kasau joined the music scene in the year 2000 after finishing his Kenya Certificate of Primary Education in 1999. He played for different bands including Kisasi Stars Band, and later launched his own band in 2006 dubbed ‘Nguuni Lovers Lovers’, which catapulted him to success.

Being in the music game for long, Katombi has managed to evolve with the changing times and embrace new technology. To date, his songs are able to garner thousands of views, and trend on different social sites. His latest songs include; ‘Itunga Tunge’, ‘Mutoto’, and ‘Dr Sweet’.

Renowned Kalenjin artist Patoto Pa Sweetstar has been in the music game for close to 10 years. Potato alias King of Kalenjin Pop is known for his sultry love songs and sense of style.

Potato’s success is also attributed to being technologically savvy and releasing quality audio visuals which continue to catapult him to new heights and appeal to locals as well as international audiences. Apart from Patoto, his younger brother Gstar Sumbua is also widely known in his region. His latest songs include; ‘Oamba’, ‘Motiwe’ ft Smart Lady, and ‘Seremala’ ft Methuselah.