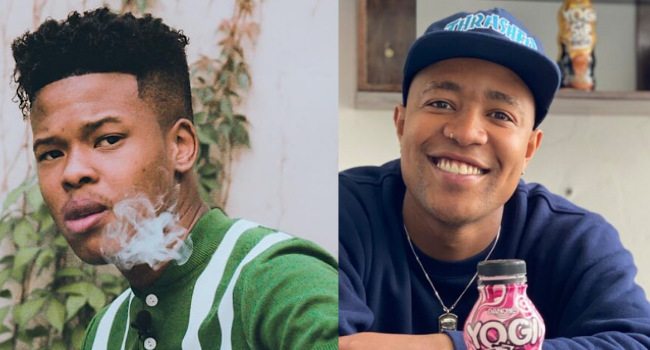 A recent video of the two artists having a good time together was suggestive enough that the two finally made up after protracted rivalry.

They were at an undisclosed event somewhere in Mzansi and were seen relating well and even sharing a laughter moment. You wouldn’t expect this from sworn rivals who haven’t buried their differences.

Their bad blood stems from allegations by Speedsta that Nasty C stole ‘Bamm Bamm’ song from him, a claim that the ‘Jack’ hit maker refutes.

For a long time now, they never saw eye-to-eye. They bashed each other online – on Twitter especially where Speedsta is known for his ‘tweeting fingers’. Speedsta in his element would often jibe Nasty C on Twitter leading to a barrage of confrontational tweets from both hip-hops stars.

In one of his fiery tweets, Speedstar asked Nasty C to stay off topics that involve his interviews.

Surprisingly, Speedsta has now deleted all these tweets, evidence that he is ready for a clean slate. Speedsta even retweeted a video of them jamming to a song as he does his thing with the turn tabled. He captioned it with two heart emojis.