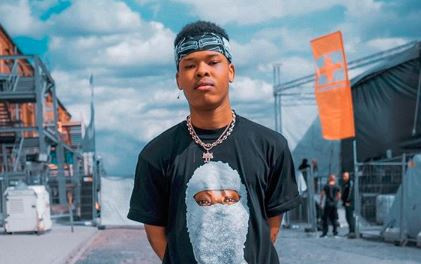 In a Facebook post, an elated Nasty C announced the nomination stating that: “Nasty C is nominated for a BET award.”

He has been nominated under the best international flow category and faces stiff competition from UK artists Little Simz and Dave, Ladipoe (Nigeria), Xamã (Brazil), Laylow (France) and Gazo (France).

The nomination marks the second time Nasty C has been nominated for a BET Award. He received a similar nomination in 2017.

Read Also: Nasty C Explains Why African Music Industry is yet to Blow Up

A month ago when he visited Kenya for a tour, he told Chatspot; a popular show on Switch TV that he love awards because they mean everything to his fans.

He said each award he takes home is not his but for his fans who are the people supporting his music career and dreams in the entertainment industry.

“I value them because they mean the world to my fans because my fans are the guys that sit at home and they watch the whole show, my fans are the ones that use their own airtime to vote for me and stuff like that,” he said.