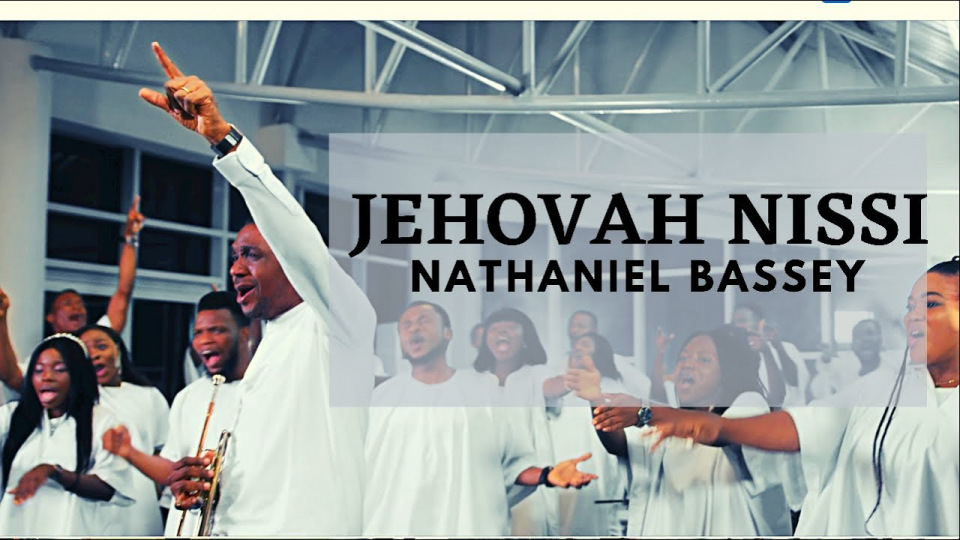 'Jehovah Nissi' taken off Nathaniel Bassey's 2019 album 'The King is Coming' is a song of praise and deliverance where Nathaniel Bassey cites the name of Jehovah as recorded in Exodus 17:15 after He gave Moses and the children of Israelites victory over the Amalekites.

Nathaniel Bassey - There is A Place [Official Music Video]

"And Moses built an altar and called the name Jehova Nissi," read part of the Bible verse. The name 'Jehovah Nissi' simply translates to The Lord My Banner.

The video starts with what looks like a boardroom meeting at a workplace - where Nathaniel Bassey seems to be giving testimonies of victory. It then transitions to the singer leading a praise and worship team all dressed in white - with scenes in the video centred in these two locations

While unveiling the 'Jehovah Nissi' music video, the multiple award-winning gospel minister noted that he decided to document testimonies of victories at workplaces as they have been the most frequent he has received since the song was released.

"I have heard some mind-blowing stories of how God turned adverse situations around as this song was declared in faith, so we thought to capture and express this a little bit in the video," noted the singer while uploading the video on YouTube.