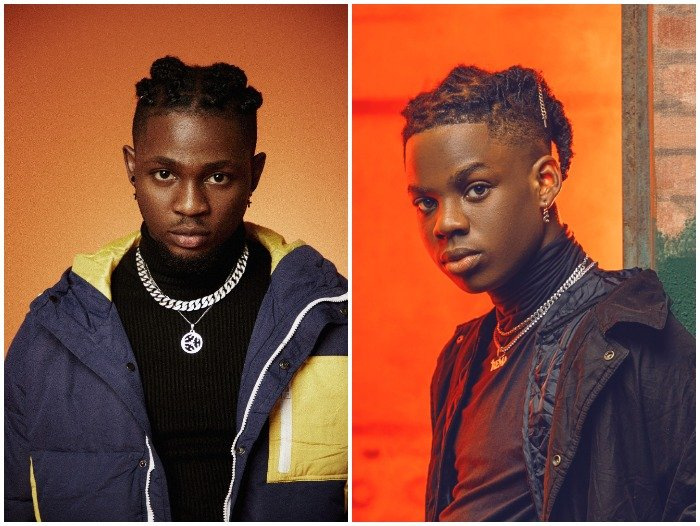 Rema and Omah Lay are among a host of youthful musicians that are seen as the future of the Nigerian music industry as the veterans who have put the West African country in the global map are gradually taking a back seat.

Cumulatively, Rema and Omah Lay have been active in music for about 10 years only, but within a short period of time, they have achieved quite a lot. This article looks at how the two singers who control massive support bases compare against each other.

Rema won the Next Rated category at the 2019 Headies Awards. He has also been nominated for several awards including Headies, Sound City MVP Awards and the 2020 BET awards where he was nominated for the Best Viewer’s Choice: International Act alongside Burna Boy and Wizkid, - the only Nigerian Artistes nominated for the award’s edition of 2020.

Conversely, Omah Lay was nominated in 4 categories at the 2020 Headies Awards, winning the Next Rated category. His breakthrough song ‘Bad Influence’ became the most streamed Nigerian song on Apple Music at the end of 2020.

Omah Lay was the first artist to be highlighted for Apple Music's Africa Rising Campaign to spotlight African talent and was also the first African artist featured on Audiomack's #UpNow program for emerging artists.

Both Rema and Omah Lay are yet to have a studio album to their name but they are expected to release one before the end of 2021.

They both, however, have released a couple of EPs. Rema released his eponymous debut EP ‘Rema’ in 2019 which peaked at number 1 on Apple Music Nigeria and followed up with ‘Rema Freestyle’ and Bad Commando’ in the same year.

Some of the musicians that Rema has collaborated with include his boss at Mavin Records Don Jazzy, D’Prince, DJ Big N, Rvssian, Becky G, Bad Gyal, and Justine Skey while Omah Lay has worked with Wizkid, Olamide, Adekunle Gold, Tems and Gyakie.

American online video sharing and social media platform – YouTube is today a key component for any artist’s work as this is where they share their audio and video and also earn revenue in return.

Rema joined YouTube in April 2019 and has 864k subscribers with a cumulative 163.89 million views. On the other hand, Omah Lay has a total of 109.53 million views on his YouTube channel opened in July 2014 which has 526K subscribers.