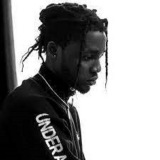 Who is Omah Lay? (Biography)

He is a singer and songwriter from Nigeria. His real name is Stanley Omah Didia. He was born in Port Harcourt, Southern Nigeria on May 19, 1997. He focuses on the Afro-fusion style of music. His net worth is approximated to be $30,000.

His music career started back when he was a teenager. Back then he went by the name Lil King and majored in rap. Later on, he changed his focus and moved on to production. In 2019, he made his official debut releasing two songs namely; ‘Do Not Disturb' and ‘Hello Brother’ which were well received and dominated airplay in his hometown.
Through these songs, he built a name in the Naija entertainment industry and caught the attention of KeyQaad; a top record label which ended up signing him in July 2019. He later moved to Lagos where he resides to date.

Which are Omah Lay’s most popular songs?

Below are some of Omah Lay’s latest and most popular songs:
- Godly
- Understand
- Damn
- Lo Lo
- Bad Influence
- You
- My Bebe
- Can’t Relate
- Confession
- Free My Mind
- Killer

Does Omah Lay have any albums or EPs?

Omah Lay has one five-track EP named ‘Get Layd’ which was released in May 2020 . The five songs that make up the EP include; ‘Ye Ye Ye’, ‘Bad Influence’, ‘Lo Lo’, ‘You’ and ‘Damn’. The EP is his most successful project and has immersed over 120 million across various streaming platforms. On Audiomack, ‘Get Layd’ is the most streamed EP while ‘Bad Influence’ is the most streamed song with 16.9 million streams.

Which awards has he won?

For the three years he has been in the industry, he has won two awards namely; Apple Music New Artist of the month and an AFRIMMA award.

How to listen and download Omah Lay music on Mdundo.com
His songs are available for free download and streaming on mdundo.com. To listen to his music on Mdundo, visit mdundo.com and search for Omah Lay. A catalog of all his available MP3 music will then be provided for you to select the songs you want. You can download/listen to his latest music on Mdundo through your phone, laptop or any other device that can access the internet.
Why choose mdundo.com?

Mdundo offers the latest MP3 music for free streaming and download. All you need is a feature phone and you can start listening to some of the best songs from your top artists. Additionally, you can also enjoy DJ mixes specially curated to meet your needs. The songs are also easy to download and do not need a lot of data since they have been customized for users with feature phones. By using Mdundo, you help your favorite artiste grow while at the same time contributing to a platform that seeks to increase legal access to music in Africa.
Stream/Download new MP3 songs online.

Find the Omah Lay music on Mdundo.com for free.