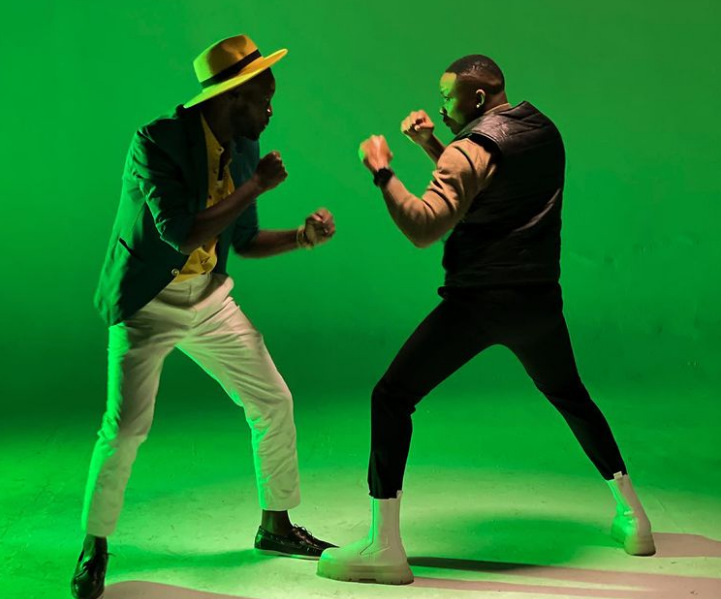 ‘Fight’ is an upbeat jam in which King and Otile harmonize to deliver a hit about enjoying life without fighting anybody.

The video which was directed by Steve Mugo is very creative, featuring a gorgeous girl who enjoys drinks with King Kaka, and later they are found by her sponsor who kills her for cheating, as King Kaka pleads for her life.

Apart from the creative storyline, the two also make good use of dancers who create a detailed choreography with refined TikTok dance moves.

‘Fight’ which was released barely an hour ago has been received well and already has over twenty thousand views on YouTube. In addition to the views, fans also expressed excitement over the duo reuniting years after they released their hit song ‘Alivyonipenda’, with others gushing over the performance in ‘Fight'.

“I really love everything in this song the sweetness, the mellifluous content here I really love it so much Otile and King Kaka mwenyewe,”one fan praised.

‘Fight’ video comes days after King Kaka ranked Otile Brown as Kenya’s number one artist. In addition to ranking him as the number one artist in Kenya, King Kaka also reminisced on Otile Brown’s determination when they were recording and shooting ‘Alivyonipenda’, as he continuously praised his unrelenting workmanship from earlier on in his career.

“Nikona the number one artist in the country manze, buda I’m so proud yaani, huyu msee tukido ‘Alivyonipenda’, alikuwa na determination ingine yaani, like you could see success in this guy na bado hata hakukuwa amefika hapa, alikuwa like mi nataka vitu zangu hivi, nikasema haki huyu msee amejipanga. I think this guy is the perfect example ya if you set your mind to it, na ueke bidii, na uache tu mambo mingi, everything is possible,” he praised.