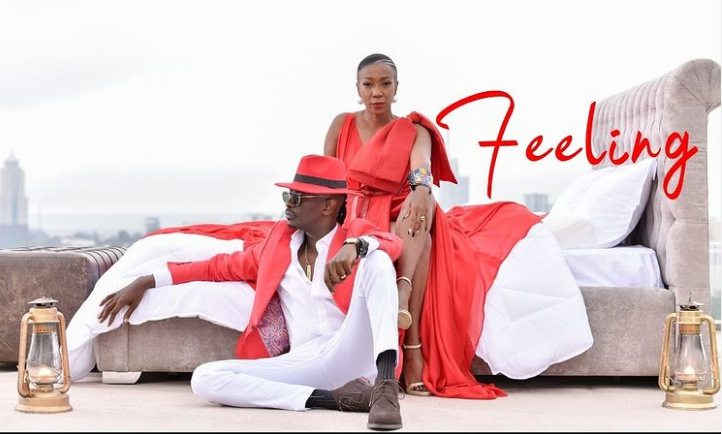 ‘Feeling’ is a groovy love song which describes a conflict between emotion and societal conditioning. In this video, a saved college girl is conflicted between her love for a man and the fact that he is not born again.

‘Feeling’ is inspired by several true stories including that of Nameless and Wahu at the beginning of their courtship. The entire video is shot at the University of Nairobi, which is where their relationship was bred and grown.

Nameless and Wahu perform on the helipad of the newly built University of Nairobi Towers, which reveals the breathtaking Nairobi CBD skyline and its environs.

Other shoot locations include the ADD library and studios and student accommodation rooms.

Taking to Instagram to announce the premiere of ‘Feeling’, Nameless expressed joy in working with his wife Wahu, adding that they are both enjoying creating their upcoming album together.

“We Enjoying this Process! Been a long time coming, but we feel it's the right time feeling blessed to be able to do this Album together,” part of his post read.

Reacting to the music video, fans dubbed Wahu and Nameless to be the Kenyan Beyonce and Jay Z praising their uniqueness in vocal delivery and how they managed to harmoniously create a massive hit.

“There's something with Nameless's voice. Makes one want to continue listening. Wow, I love it. Not forgetting our queen's soothing and magical voice too! You guys are something else,” one fan noted.

Currently, ‘Feeling’ is trending on YouTube at number sixteen with over a hundred thousand views in a few hours.