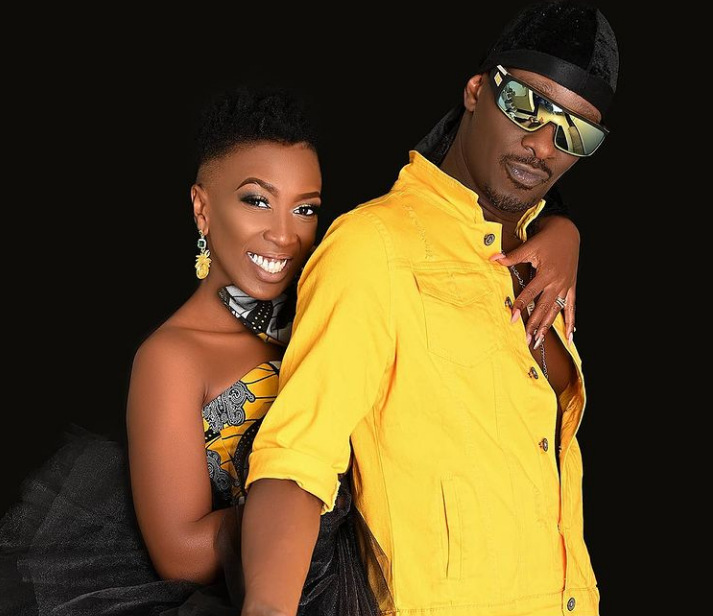 Veteran Kenyan artist Nameless has opened up on why he was against his wife Wahu calling herself a gospel artist after switching from secular music, noting that it was meant to protect her from scrutiny and harsh criticism.

In an Instagram post reacting to claims that he never wanted Wahu to sing gospel music, Nameless noted that the move was also meant to ensure Wahu does not restrict herself to one particular form of music.

Read Also: Wahu, Nameless Open Up on How They Met and Who Made the First Move [Video]

“I just didn't want her to call herself Gospel Artist, to avoid judgment from some people....just be an artist so you can sing whatever inspires you at whatever point in your life. Ama? Munanipata Wazito..?” part of his post read. 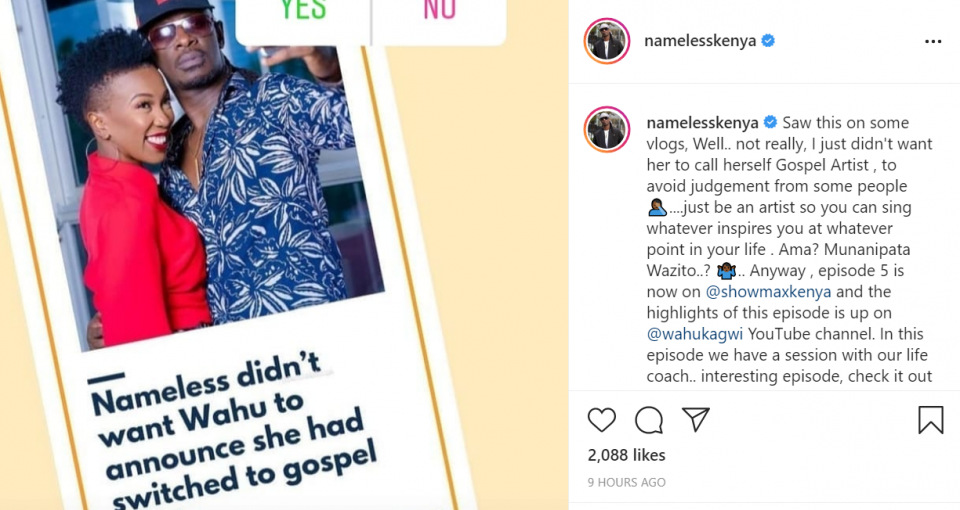 Reacting to the post, his fans supported his line of thinking with others bringing up the current confusion that is happening in the gospel industry.

“You're a wise guy. Kuna wengine walitangaza wako gospel but they constantly confuse us with the music they release. Nway we are here to support our Kenyan artists and the songs they release regardless,” one fan said.

Meanwhile, Nameless and Wahu have been enjoying the limelight following their latest docu-series dubbed ‘This Love’.

The 13-part docu series which is currently on season five takes us through The Mathenge’s love story including the lessons they have learned during their journey in marriage.

In their latest episode uploaded on Wahu’s YouTube channel, the couple welcome their fans to witness how they handle life coach sessions, in a bid to grow together as a couple as well as business partners.