Wahu, Nameless Open Up on How They Met and Who Made the First Move [Video] 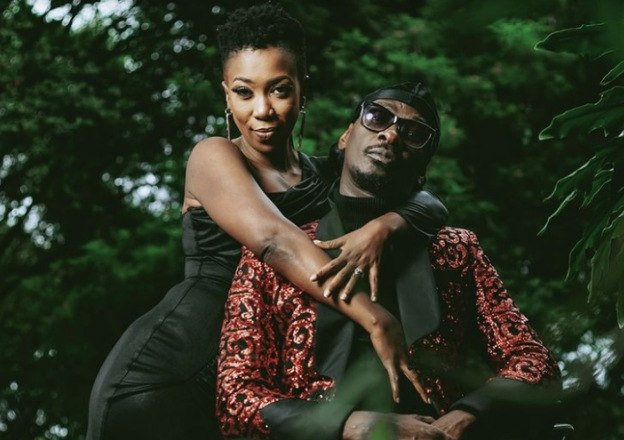 Veteran Kenyan celebrity couple Wahu and Nameless have opened up on how they met and also revealed who made the first move. Opening up about the journey in the first episode of their new docu-series dubbed ‘This Love’ the two expounded on how they got to be at the right place at the right time.

“I was going to, it was called Grand Regency then, Pete Odera whom I was doing back vocals for was performing,” Wahu said.

On his part Nameless was tipped about the event by a friend who knew he loved to rap, so he showed up to perform.

Painting a picture of the first impression she had of Nameless, Wahu described his simple attire to the event, which made her wonder whether he was going to perform on stage.

“I remember my first impression of him, he was wearing a brown, small leather jacket, kadogo, sandals, jeans na I think kakofia nashindwa huyu msee anaingia stage kweli,” she said.

Describing their first meeting, Nameless expounded on how Wahu made the first move, after the performance by tapping his shoulders and congratulating him for a cool show, even though it wasn’t.

The positive affirmations on his performance made him like Wahu, and also worked as a catalyst for them to start conversing.

Their conversations had good flow and energy, which worked in their favor at the start of knowing each other.