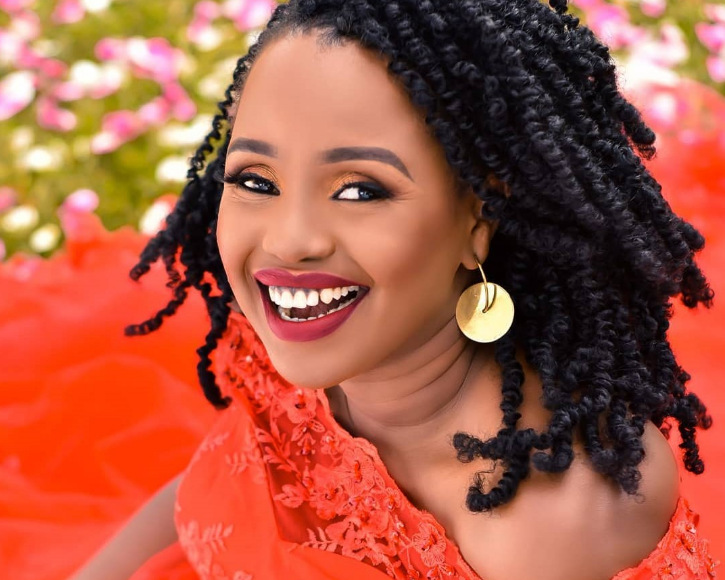 Veteran Kenyan artist Amani has opened up on her music journey including joining Ogopa DJs and how it defined her music career. In a candid interview with Cleaning The Airwaves (CTA), Amani recalled her musical journey, starting at Tedd Josiah’s studio to meeting Lucas from Ogopa Deejays while at the campus.

At first, Amani was focused on getting recorded by then top music producer Tedd Josiah, who unfortunately was too busy recording other different artists. Giving her reasons for choosing Tedd, Amani expressed that the latter had a rapport with female music stars and therefore she knew she stood a chance with him.

“At that point in time Mercy Myra, Natasha Gatabaki and Atemi were at Tedd Josiah and there was Sheila Mwanyiga’ as Nikki, so I’m thinking, yeah mi najua unarekodingi madem, just open the door abit nipenye niingie, but Tedd was busy,” she explained.

The hustle of getting recorded at Tedd’s studio prompted her to explore other options. It is at this point that she learned of Ogopa DJs through BigKev’s Capital FM show dubbed ‘Afro Fusion’.

She later met Lucas (Ogopa DJ producer) who helped her identify the perfectly music genres for her which were House and Techno music.

“I started going back to the studio more often, so he started asking me what else do you have and all that and I got now to meet Francis, Francis, and Lucas that is Ogopa Deejays. Lucas is the producer, Francis is the strategist, visionary, yeah, I started feeling like this is my home and I could actually make something out of this and I started now writing actively. Then I started writing a lot, listening to music that I liked, I’d even now gone to house and techno and really most music I wrote that time was house driven Techno driven,” she expounded.

Read Also: Femi One opens up on Breaking Barriers in Male-Dominated Hip-hop Industry

Unfortunately, Techno and House music were not mainstream sound in Kenya, which prompted Lucas to help Amani navigate the Kenyan market to find her niche. Lucas asked Amani to observe what Kenyans were reacting to, when she was out with her friends, but she was a little bit hesitant at the beginning.

“He told me next time you go out, try and not be all over the place, sit down listen, observe what people are reacting to," Amani said.

The first Friday, she went out with her friends, she did not heed his advice and so he emphasized his earlier point asking her to sit down and observe.

"...And he said please next time, observe what people are reacting to and I said okay fine. And the next time of course I didn’t drink that much, so I was a bit disciplined. I said okay let me watch even if it’s for one hour,” she recalled.

“He said Kenyans are drawn to this kind of sound, so as much as you like Techno and you wanna do Techno, you can’t switch their likes and dislikes. This is who they are, so you need to write to accommodate their sound,” she said.

According to Amani, it is this mentorship that helped her identify her strengths and start her illustrious career at Ogopa DJs. At Ogopa, she grew to become one of Kenya’s top female artists.