Anjella Speaks on Struggles of Shooting Raunchy 'Nobody' Video 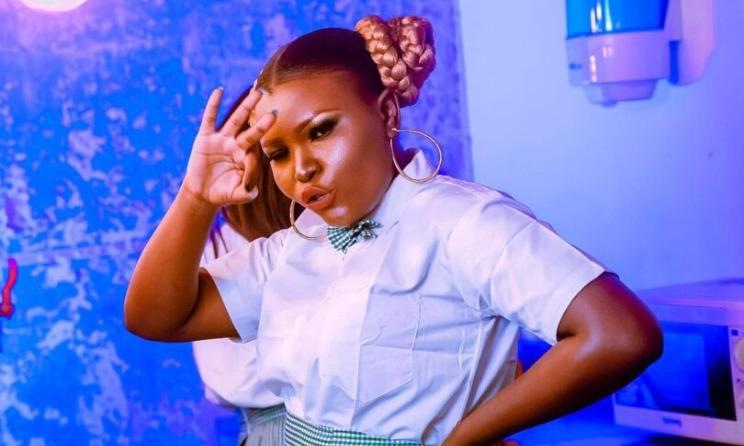 Konde Worldwide signee Anjella has revealed that she struggled shooting her ‘Nobody’ video as it features some explicit scenes which made her feel uncomfortable.

Speaking during a recent interview, Anjella noted the video featuring a male model from South Africa involved a lot of touching which she is not used to. However, the singer maintained that she had to remain professional and proceed with the video shoot.

Following the video, Anjella came under criticism over the choice of the vixen. However, she noted that the vixen was referred to her by Harmonize.

The singer added that she is focused on producing quality music and has no time to focus on negative criticism.

‘Nobody’ is Anjella’s first solo project since joining the label. Previously she featured on collabos with Harmonize as a way of introducing her to the music scene.

‘Nobody’ has been received managing over two million views within two weeks. The amazing performance surprised many, with some netizens claiming that Anjella purchased views for the songs.

However, Anjella dismissed the claims noting the song’s success is as a result of proper marketing by her management.